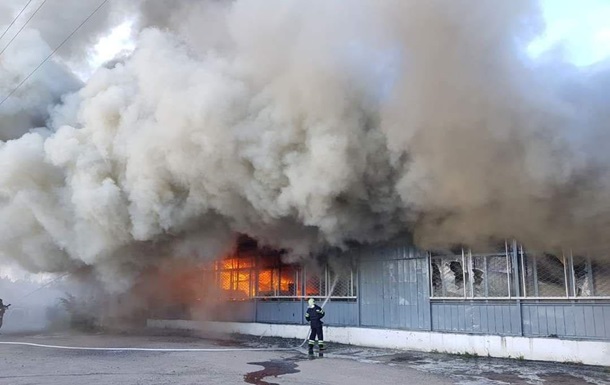 The shelling in the Kharkiv region caused a major fire

The fire that started in the morning on the territory of the Dergachev community was extinguished only in the evening.

In the Kharkiv region, a trading establishment on the territory of the Dergachev community burned down due to an enemy shell hit. The fire was extinguished only in the evening, the press service of the Ministry of Internal Affairs reported on Tuesday, May 24.

“On the morning of May 24, as a result of an enemy shell hit, one of the trading establishments on the territory of the Dergachev community in the Kharkiv region of the region flared up. The flames covered an area of ​​about 1,000 square meters,” the report says.

According to law enforcement officers, 7 fire and rescue units on tank trucks and an emergency vehicle were involved in the elimination of the consequences of the Russian attack.

By the forces of the State Emergency Service units, the fire was completely eliminated at 19:20.

Kharkiv region has become the leader in terms of the number of destroyed or damaged cultural heritage sites. In the region, the invaders damaged or destroyed 94 objects, 78 of them – in Kharkiv.

Zelensky discussed with Michel and Trudeau assistance to Ukraine