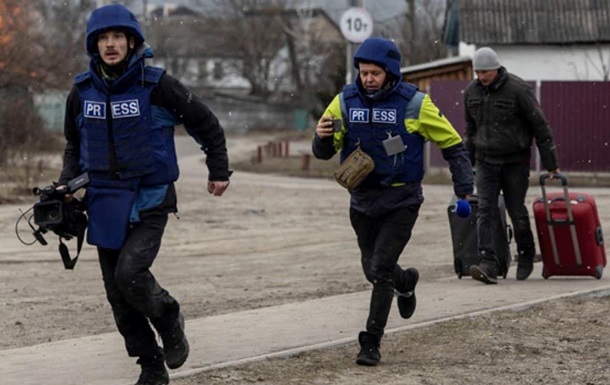 Journalists in Ukraine often work at the risk of their lives

More than half a thousand media workers are in the process of obtaining official accreditation.

8727 representatives of Ukrainian and foreign media are accredited in Ukraine to cover events in the areas of hostilities and inform about Russian war crimes. This was announced by Deputy Defense Minister Anna Malyar in Facebook on Tuesday.

“As of today, May 24, the Ministry of Defense has accredited 8,727 representatives of domestic and foreign media. In total, 9,362 applications for accreditation have been received so far,” she wrote.

More than 500 media workers are now in the process of obtaining the official granted right to cover the events of the war, Malyar said.

She also recalled that accreditation takes place in accordance with the order of the Commander-in-Chief of the Armed Forces of Ukraine dated March 3, 2022 No. 73 On the organization of interaction between the Armed Forces of Ukraine, other defense components and representatives of the media during the period of the legal regime of martial law in cooperation with the SBU.

Recall that this year Ukrainian journalists were awarded the Pulitzer Prize – the most prestigious annual journalistic award in the United States – “for courage, endurance and devotion to the truth.”

US publishes report on torture in Uyghur camps in China