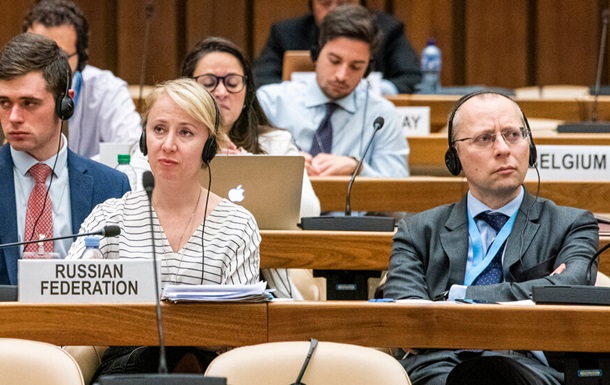 Boris Bondarev, a Russian diplomat based in Geneva, has resigned and sent a strong letter to foreign colleagues condemning the war unleashed by Vladimir Putin against Ukraine.

Since the beginning of the war against Ukraine in Russia, there has not been a single high-profile diplomatic resignation. In the international arena, the Russian Federation continued to tell tales about “neo-Nazis”, “special military operation” and so on.

Boris Bondarev, an employee of the Russian diplomatic mission to the UN, was the first diplomat to decide on a demarche. The diplomat said he spoke several times about his condemnation of the invasion of Ukraine to high-ranking members of the Russian mission, but he was “asked to keep his mouth shut to avoid consequences.”

Boris Bondarev is a diplomatic adviser who handled Russia’s role at the Geneva disarmament conference after serving in places like Cambodia and Mongolia.

In his statement, Bondarev writes that over the twenty years of his career, he has seen different twists and turns in Russian foreign policy. “But I have never been as ashamed of my country as on February 24 of this year,” the diplomat says. The aggressive war unleashed by Putin against Ukraine, and in fact against the entire Western world, is not only a crime against the Ukrainian people, but also, probably the most serious crime against the people of Russia. The bold letter Z has dashed all hopes and prospects for a prosperous and free society in our country.”

Bondarev also sharply criticized the Russian Foreign Ministry: “Over the twenty years of work, the level of unprofessionalism and lies in the ministry has constantly increased, reaching catastrophic in the last year. Minister Lavrov is a vivid illustration of the degradation of the system. Over 18 years, he turned from an educated professional into a person who constantly broadcasts contradictory statements and threatening the world (that is, Russia too) with nuclear weapons! The Russian Foreign Ministry today is engaged in everything except diplomacy, or rather, inciting war, lies and hatred.”

Press Secretary of the President of Russia Dmitry Peskov considers Bondarev a traitor.

The New York Times writes that Bondarev’s scathing message was unlikely to reach most Russians given the state’s dominance of the media, but his resignation showed that discontent lurks among Russian officials, despite the façade of national unity the Kremlin has worked to create.

“Those who conceived this war want only one thing – to remain in power forever, to live in pompous, tasteless palaces, to sail on yachts comparable in tonnage and cost to the entire Russian fleet, enjoying unlimited power and complete impunity. For this, they are ready to sacrifice as many lives as needed,” Bondarev said in his email.

The KGB of Belarus added 15 more people to the list of "terrorists". Among them are Maria Kolesnikova and Maxim Znak