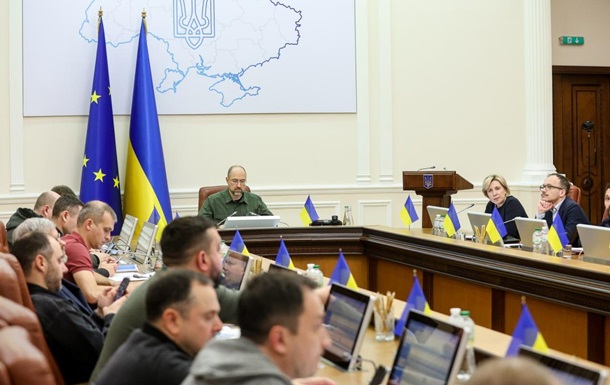 Ukraine does not need 15 years to join the EU

Ukraine’s accession to the EU is a key geopolitical goal for the coming years, the prime minister said.

In the near future, Ukraine plans to sign a “customs visa-free” and an agreement on the liberalization of road freight transport with the EU. Prime Minister Denys Shmyhal spoke about plans for European integration at a government meeting on Tuesday, May 24.

“We are planning to sign a “customs visa-free regime” in the near future. That is, to join the Convention on the Joint Transit Procedure. This document is the basis for the movement of goods between EU member states. We already use the appropriate computerized NCTS system and are technically ready to join the relevant Convention” , he said.

This will greatly simplify customs clearance and speed up the flow of goods.

“In addition, we are preparing to sign an agreement with the EU on the liberalization of road freight transport. The European Commission has already recommended that Member States liberalize such transport from Ukraine. Work in this direction is proceeding at an active pace, because in the conditions of blocking our ports, we need to maximize the possibilities of the western border “, the prime minister said.

He noted that Ukraine has stepped up the opening of new checkpoints.

“In the near future, two such checkpoints will be opened on the western border. An ambitious plan: the Ministry of Infrastructure, the State Border Service and Customs have been tasked with creating checkpoints in the next six months where roads have already been built, or where such roads can be quickly built,” – he said.

In addition, Ukraine will begin a staged construction of a European railroad to connect the Ukrainian railroad with the European one.

Also, soon Ukraine plans to join the EU roaming space and the single payment area in the European currency SEPA.

“The first will allow making calls between the EU and Ukraine without additional costs, and will also give Ukrainians the opportunity to use mobile Internet at home rates,” Shmyhal said.

According to him, accession to the SEPA payment zone in the European currency may take place in the summer and will allow transfers in euros without commissions.

“We are actively implementing European rules in almost every sector of the economy and sphere of public relations. Ukraine’s accession to the EU is our key geopolitical goal for the coming years. We do not need 15 years for this. Many European leaders understand this. Just as they understand how much the geopolitical map of Europe and the world has changed after the war unleashed by Russia,” Shmygal said.

The prime minister added that next month Kyiv will insist on granting Ukraine the status of a candidate for EU membership.

Earlier, French Minister for European Affairs Clement Bon said that the process of Ukraine’s accession to the EU could take 15 or 20 years.

Russian and Chinese planes flew during Biden's visit to Japan