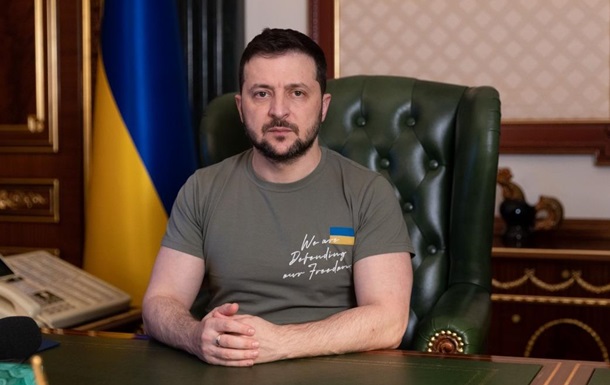 The head of state summed up the results of three months of the war and spoke about the current situation at the front.

Russia’s invasion of Ukraine began precisely with the Crimea. And it can be considered the first fateful mistake of the Russian Federation in relation to Ukraine. This was stated by the President of Ukraine Volodymyr Zelensky in his video message on the evening of Tuesday, May 24.

“This was far from the first item in the list of mistakes of the Russian state in relation to Ukraine, but the first fatal one for Russia itself. All together they will lead to its historical weakening. And, of course, the occupiers will have to leave Crimea too. As well as from Kherson, Melitopol, Energodar, Mariupol and all other cities and communities where they still portray the owners,” Zelensky said.

He also noted that the invaders are already aware that the war does not make sense.

“Now the situation in Donbass is extremely difficult. In fact, all the power of the Russian army, which they still have, has been thrown there for the offensive. Liman, Popasnaya, Severodonetsk, Slavyansk – the invaders want to destroy everything there. But in the intercepts of their conversations, we hear that they give back perfectly be aware that this war does not make sense for Russia and that strategically their army has no chance,” Zelensky said.

At the same time, in order to break the enemy’s advantage in the number of equipment and weapons, time and a lot of effort are needed.

In this regard, Zelensky said that armament for Ukraine is the best investment in maintaining stability in the world.

“I am grateful to all partners of Ukraine who help. But I emphasize again and again: the longer this war lasts, the greater will be the cost of protecting freedom not only for Ukraine, but for the entire free world. Therefore, the supply of heavy weapons to Ukraine – multiple launch rocket systems , tanks, anti-ship and other weapons – this is the best investment in maintaining stability in the world and in preventing many severe crises that Russia is still planning or has already provoked,” the president stressed.

He also commented on the statement by Russian Defense Minister Sergei Shoigu about the allegedly deliberate slowdown in the advance of Russian troops.

“Today another inadequate statement was made from Russia that they allegedly deliberately slow down offensive actions. Well, after three months of searching for explanations of why they failed to break Ukraine in three days, they did not come up with anything better than to claim as planned,” Zelensky said.

He recalled that during the full-scale invasion, almost 30,000 Russian invaders were killed on Ukrainian soil, more than 200 aircraft were shot down, thousands of Russian tanks, armored personnel carriers and other equipment were lost, and the ammunition of Russian missiles was almost completely used up.

“And they want to cover this up with a lie that they are allegedly fighting not at full strength,” Zelensky said, adding that the time will come when the Russian Federation themselves will admit this.

Earlier, Zelensky called the condition for negotiations with the Russian Federation – the liberation of the territories seized after February 24.