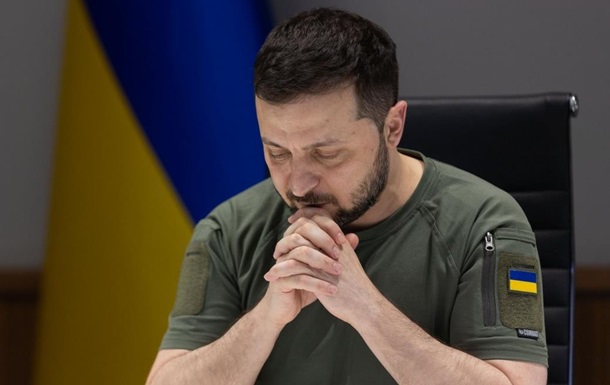 Zelensky again took part in the forum event in Davos

The authorities of Ukraine have concentrated on the work of unblocking the ports, the exchange of prisoners and the return of the deported to the Russian Federation.

The most pressing humanitarian issues for Ukraine today are the exchange of prisoners, the unblocking of Ukrainian ports and the export of grain, as well as the search for Ukrainians illegally deported to the Russian Federation. President Volodymyr Zelensky said this during an online communication at the Ukrainian House in Davos on Tuesday, May 24.

“The first is the exchange of people. Today this is a humanitarian moment and a political decision that depends on the support of many states. You know, several thousand people are in captivity after the blockade of Mariupol, Azovstal. In addition, there were people from Donbass. They are in captivity today. absolutely brave people, I am immensely grateful to them. They have done a great job. We must exchange them,” the president said.

According to him, Ukraine has involved in the exchange process the UN, Switzerland, Israel and many other countries trying to talk to Russia. However, according to the president, it is necessary not to persuade the Russian Federation, but to put pressure on it, seeking the necessary solution.

“In no case should you flirt, you shouldn’t play with Russia, but you should put pressure politically, through the closure of business, through the oil embargo. Sanctions, business threats. And through these threats, reach the possibility of an exchange. Intensify the exchange of our people for the Russian military,” he said. Zelensky.

The second humanitarian problem, according to the president, is the approaching global food crisis due to Ukrainian ports blocked by Russia.

“There will be a shortage of food products due to the blocking of all ports in our state. Today, 22 million tons of grain are blocked by the Russian Federation, which completely controls the Black Sea and Azov coasts,” he said.

To prevent a shortage of food products, the global political and business elite must take measures to ensure that this grain is unblocked and exported to the countries of Europe, Asia, and Africa, Zelensky is convinced.

“So that people have what to eat. This is how some states will have the question – that there is nothing to eat. And we need to help with this,” he added.

The third important humanitarian problem, for which there is no practical solution yet, Zelensky called the illegal deportation of Ukrainian citizens to the territory of the Russian Federation.

“About 500,000 people were forcibly brought to the territory of the Russian Federation or to the occupied parts of Donbass. They were taken away by force – children separated from their parents. There are a lot of such cases. We appealed to both the International Committee of the Red Cross and the UN. Wherever they have access, they are looking for these people, we are looking for,” Zelensky said.

According to him, it is difficult to establish the whereabouts of illegally deported Ukrainians, because their passports, other documents, and phones are often taken from them.

“Personally, I still cannot find a format for solving this problem. I would like to draw the attention of the international community to this issue. And I would like to return people home or at least get information that they are alive,” the president said.

It should be noted that according to the Commissioner of the Verkhovna Rada for Human Rights Lyudmila Denisova, 1.4 million Ukrainians were deported to the Russian Federation.

Manchester City will buy a competitor for Zinchenko - media