Consulting for military who want power until 2035 won BRL 170,000 from Codevasf under Bolsonaro

O Sagres Instituteone of the think tanks (organizations that function as strategic offices) who released a Nation Project defending the military’s permanence in power until 2035, received R$ 170 thousand from the Companhia de Desenvolvimento dos Vales do São Francisco e do Parnaíba (Codevasf), in June 2021, state-owned under the command of President Jair Bolsonaro (PL) and allies of the center.

The organization, which is formally a company called Sagres – Applied Strategic Policy and Management, received the amount from the Executive in two different payment orders, one for R$161,500 and the other of R$8,500. Linked to the Ministry of Regional Development, headed by Minister Rogério Marinho, Codevasf framed the expenditure as support for “integrated local sustainable development”.

Read too: General Questioning Elections Hired Israeli Company From Bolsonaro’s Ex-Head of IT

In the document that defends the permanence of the military in power, released this week, Sagres joined the General Villas Bôas Institute (IGVB)presided over by the same military man who threatened the Federal Supreme Court (STF) in 2018 during the trial of the habeas corpus that would give freedom to Lula (PT), and for the Federalist Institute. Among the proposals are the end of the mandatory nature of the Unified Health System (SUS) and the collection of tuition fees at public universities by 2025.

One of Codevasf’s payment documents to the Sagres Institute has a value of R$ 161.5 thousand; the other is R$8,500 / Reproduction/Transparency Portal

According to the description in the Transparency PortalCodevasf transferred the funds to the Sagres Institute as sponsorship for the Semiarid Development Forum, an initiative in partnership with the Joint Parliamentary Front for the Semi-Arid Region. The event was held in Mossoró (RN) in December 2020, with the participation of Vice President Hamilton Mourão.

The organization of the event was delegated to the institute by federal deputy General Girão (PL-SP), coordinator of the Mixed Parliamentary Front for the Semi-Arid, created in May 2019. Sagres is chaired by Major General Raul José de Abreu Sturari , reformed in 2003. From February 2019 to April 2021, he was parliamentary secretary in the Chamber, precisely in Girão’s office. 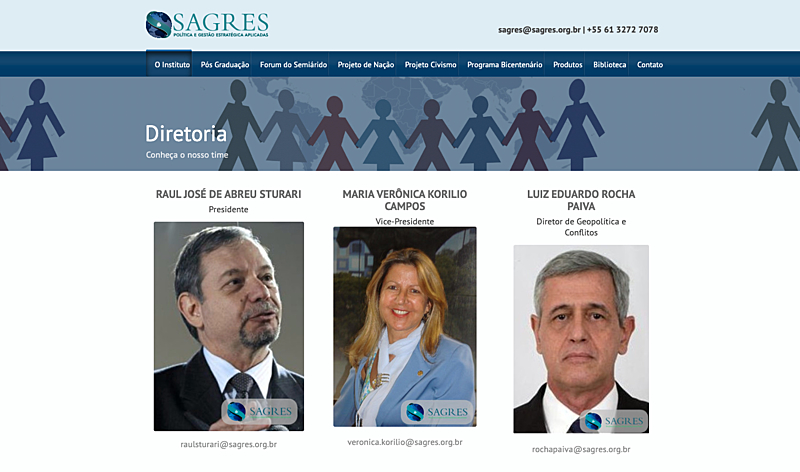 Current board of the Sagres Institute, according to the organization’s official website / Reproduction / Sagres

Paiva was former president of the group Terrorismo Não Mais (Ternuma), the NGO of Colonel Carlos Alberto Brilhante Ustra, torturer of the Dictatorship. In the Bolsonaro government, he was named a member of the Amnesty Commission, Ministry of Women, Family and Human Rights. In 2021, he authored the note “The breaking point approaches”released by Clube Militar after the annulment of former President Lula (PT) processes in Lava Jato. 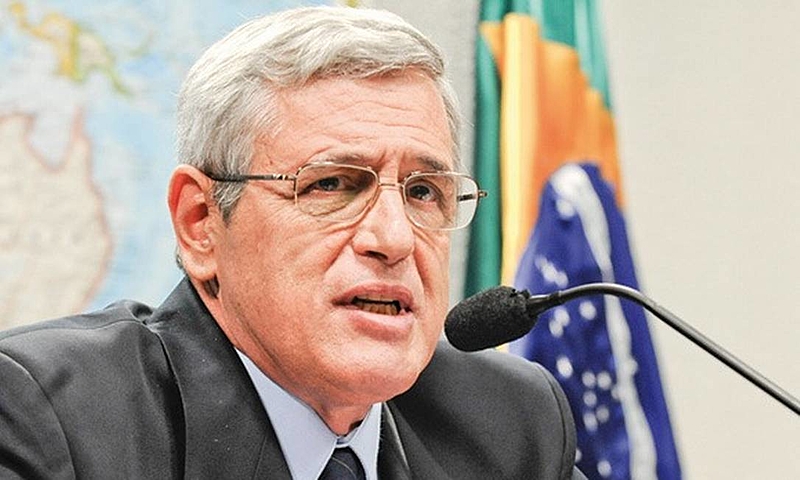 No site do Semiarid Development Forum, other agencies, public bodies and public companies appear as sponsors of the event. Among them, the Brazilian Trade and Investment Promotion Agency (Apex Brasil), the Brazilian Agricultural Research Corporation (Embrapa), Itaipu Binacional. Codevasf is described as “organization” and the Ministry of Regional Development as “institutional support”.

O Brazil de facto questioned Codevasf about sponsoring the Instituto Sagres event. So far, there has been no response. The space remains open for demonstrations.

The sponsorship of the 2020 Semi-Arid Development Forum is not the first time that Sagres received money from the federal government. In 2014, the Amazul – Amazônia Azul Tecnologias de Defesa SAa public company linked to the Armed Forces, established in 2013 with the objective “to absorb activities of the Navy’s Nuclear Program (PNM)”, paid R$ 445,300 to the institute.

In the same year, Embrapa paid R$ 9.6 thousand to Sagres for activities of “training federal public servants in the qualification and requalification process”. In 2015, the following year, the Central Bank paid BRL 49,500 for services of “corporate projects aimed at improving the governance, structure and management of the Central Bank”.

In 2017, during the government of former President Michel Temer (MDB), the Special Secretariat of the Federal Revenue of the Ministry of Finance hired Sagres services for R$ 6,300 for “training and specialization of human resources”.

In 2019, under the Bolsonaro government, the Ministry of Agriculture paid BRL 15,200 to the institute under the budget line “organization, monitoring, control and inspection of fishing activity”. In 2021, it was the turn of Telebrás, linked to the Ministry of Communications, to pay BRL 15,000 to Sagres, with the expense included in “unit administration”.

School curricula will be changed in connection with the war