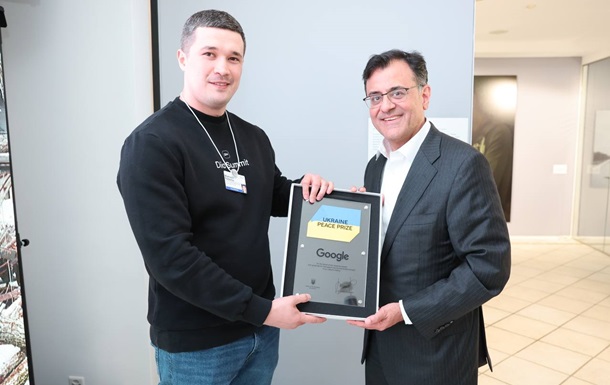 This is a special award founded by President Volodymyr Zelensky for companies and corporations that have left the Russian market.

Google was the first to receive the Distinction of the World from Ukraine award. Minister of Digital Transformation Mikhail Fedorov personally handed it over to the Vice President of the company, Karan Bhatia. Minister about this informed in Telegram.

This is a special award founded by President Volodymyr Zelensky for companies and corporations that have left the Russian market. And also for the governments and world politicians who most support Ukraine. The corporation’s contribution to our victory is invaluable, – he noted.

According to Fedorov, Google was one of the first to join the sanctions against Russia: they closed a number of Russian propaganda media on YouTube, stopped new registrations in cloud services, Google Pay and monetization functions for YouTube in Russia.

The corporation also supported us on the cyber front by providing tools to protect Ukrainian accounts from cyber attacks. And their employees made millions of donations and provided grants in the amount of $45 million. We are grateful to Google for a clear position, – the Minister of Digital Transformation emphasized.

The most disturbing regions of Ukraine have been identified