Invaders broke into the apartment of the mayor of Energodar 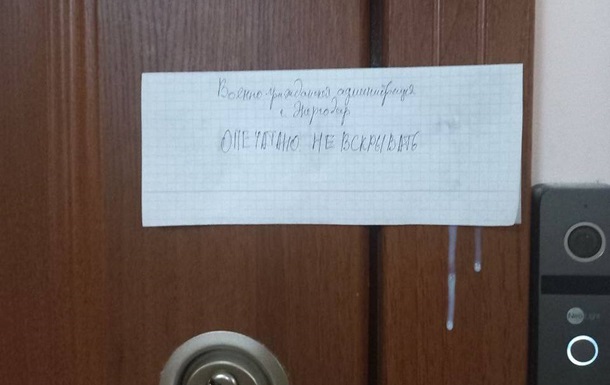 Uninvited guests first damaged the entrance door to the entrance, and then the door of the apartment itself, after the “visit” the door was sealed, according to Dmitry Orlov.

Invaders broke into the apartment of Energodar Mayor Dmitry Orlov on Tuesday, May 24. About it informs Dmitry Orlov in his telegram channel.

“Today, seven armed invaders and one woman broke into my apartment. Most likely, a correspondent for a propaganda channel. They came” to visit “knowing that the owners had not been there for a long time,” writes Orlov.

Uninvited guests first damaged the front door to the entrance, and then the door of the apartment itself.

“What can you find in the house of a large family with three children? I won’t be surprised if a story comes out soon that Orlov kept a javelin or a grenade launcher in one of the children’s rooms. As can be seen in the photo, the invaders sealed the apartment,” Orlov said in a statement.

Recall that in the temporarily occupied city of Energodar, the Russian military broke into the house of Sergey Shvets, an employee of the energy repair unit of the Zaporizhzhya NPP, and shot him.

The day before it was reported that the so-called “mayor” Andrei Shevchik was blown up in Energodar. He ended up in the hospital with a broken collarbone, concussion and burns.

Slovakia left Denmark without the playoffs of the world hockey championship, the Finns beat the Czechs