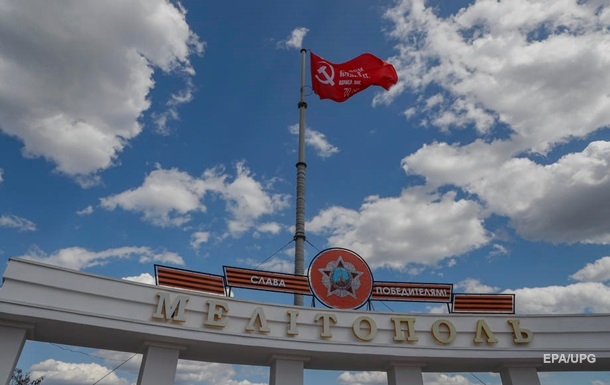 Banner of Victory of the USSR in the center of Melitopol, placed by the invaders

A large convoy of Russian military equipment passed through the city in the direction of Kherson, which became one of the reasons for blocking communications, writes the Zaporizhia OVA.

In Melitopol, the invaders turned off cellular communications, in particular, due to the redeployment of military equipment. About this May 25 reported Zaporozhye OVA.

It is noted that on the eve of the city passed a large column of Russian military equipment in the direction of Kherson. In addition, the invaders set up an additional checkpoint in the city: they set up submachine gunners, military vehicles and selectively check cars.

Also, the OVA stressed that the robbery of the Melitopol region continues. On the morning of May 24, 15 grain trucks left the city in the direction of Crimea.

“Melitopol traitors are actively helping the occupiers. In addition, Melitopol residents report that the Russian military has begun to taxi in their cars marked with the letter Z,” the authorities said in a statement.

In Nikolaev, the intelligence network of the special services of the Russian Federation was exposed