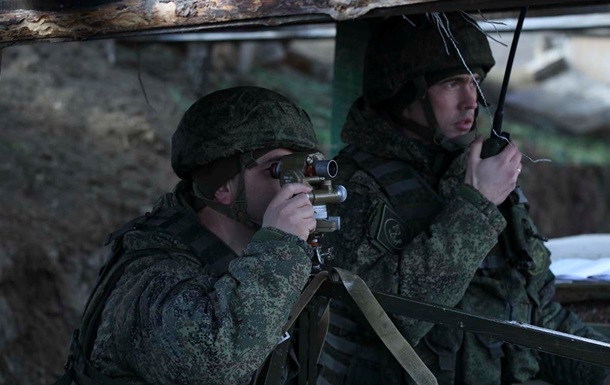 Instead of encircling large Ukrainian formations in the east of the country, Russian troops have concentrated on smaller targets, such as the cordon of Severodonetsk.

The Russian army abandoned the large-scale encirclement of Ukrainian troops in eastern Ukraine and focused on cordoning off several small pockets of Ukrainian forces in the Donetsk and Luhansk regions. This was announced on May 24 by the American Institute for the Study of War (ISW).

“Russian forces are likely trying to achieve the simultaneous encirclement of several small pockets of Ukrainian forces in the Donetsk and Luhansk regions: the wider area of ​​Severodonetsk (including Rubizhne and Lysichansk), Bakhmut-Lysichansk, around Zolote (northeast of Popasna) and around Ukrainian fortifications in Avdiivka,” the analysts noted.

According to ISW, Russian troops have begun to step up their efforts “in these various environments” but have not made any major “breakthroughs” or significant progress in capturing Donbass.

In addition, in the event of a successful encirclement of Severodonetsk, as well as other large cities such as Bakhmut, the Russian army will face protracted urban battles.

“Russian forces are sending a significant number of troops, artillery and aircraft to defeat the Ukrainian defenders in the Luhansk region and are likely to divert the necessary resources from the Izyum direction, defensive positions around Kharkov, Donetsk and Zaporozhye,” the report says.

ISW analysts stressed that the Russian troops have slowed down the pace of advance and are limited to smaller targets than the Kremlin assumed.

“Senior Kremlin officials are increasingly openly admitting that the Russian offensive in Ukraine is moving slower than anticipated and are looking for explanations to justify it,” the Institute for the Study of War said.

Earlier, Russian Defense Minister Sergei Shoigu said that the Russian army “deliberately” slowed down the offensive in Ukraine in order to organize so-called “humanitarian corridors” for the exit of civilians.

Kindergartens to reopen in Kyiv from June 1

Lithuania is preparing a new batch of military aid to Ukraine