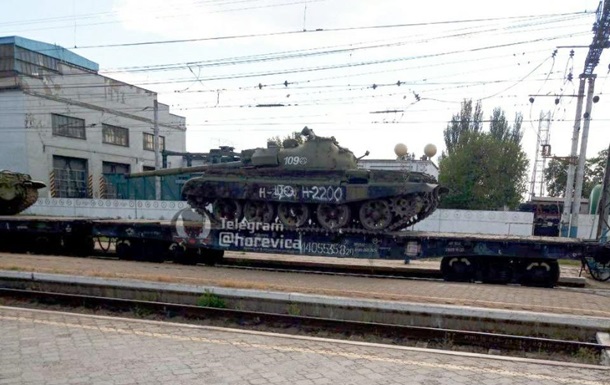 Tanks T-62 transferred from the Crimea

T-62 tanks have not been produced in the USSR since 1975, and in Russia they should have been completely withdrawn from the troops and disposed of since 2011.

A convoy from the annexed Crimea arrived in the Zaporozhye region in the temporarily occupied city of Melitopol with old T-62 tanks, which were produced in the 50-60s. About it informed Advisor to the head of the Ministry of Internal Affairs Anton Gerashchenko on Wednesday, May 25.

“They (tanks – ed.) have neither minimal active protection, nor modern sights and a fire control system. These tanks are extremely vulnerable not only to Javelins or NLAWs, but also to conventional Soviet RPGs,” Gerashchenko said.

According to him, the T-62s will be handed over to the “militia” of the so-called “LDNR”, which the Russians call among themselves “minced”.

In turn, the Telegram channel Sofa Assault Brigade reports that the number of T-62 tanks removed from storage is 312 units. These vehicles are located at storage bases in the Crimea and the Rostov region of the Russian Federation.

“T-62 tanks have not been produced in the USSR since 1975, and in Russia they had to be completely withdrawn from the troops and disposed of from 2011 … But, in 2015, Russia launched the supply of T-62 tanks to the troops of Bashar al-Assad, then they became piecemeal, but appear in the Armed Forces of the Russian Federation, and in 2018, an order was placed on the public procurement website for the modernization of T-62 tanks, including the installation of a new gun,” the report says.

Earlier, a video of the cemetery of Russian tanks broken near the Seversky Donets River appeared. From May 5 to May 12, the invaders tried to force it, using a tank regiment, but lost more than 80 pieces of equipment.

"Schemes": Russia will take Ukrainian grain and metal out of Mariupol

The army does not retreat in the east - Ministry of Defense