Six people died in Severodonetsk in a day 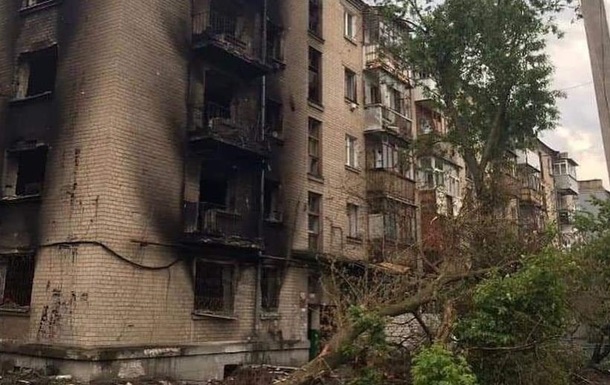 Consequences of Russian shelling of Severodonetsk

The city keeps the defense, despite the active offensive of the Russian troops, the head of the Lugansk OVA stressed.

The enemy is advancing on Severodonetsk, during the day on May 24, six residents of the city became victims of Russian shelling, eight more were injured. About it informed head of the Luhansk regional military administration Sergei Gaidai.

“The Russians are hitting a crowd of people. Yes, they know that in Severodonetsk Nitrogen bomb shelters are equipped, and shells are sent there. Yesterday they killed four local residents there, three more were hospitalized. Also, the enemy knows in which schools there are shelters – they also hit there for a reason. On May 24, a woman was wounded near one of the educational institutions. The occupiers collect this information using drones, and also receive data from gunners,” the governor said.

He added that two more people were killed and four were injured in the old parts of the city.

During the day, nine enemy attacks were repulsed in the Donbas, three tanks, eight artillery systems, 18 armored vehicles, and seven drones were destroyed.

News from Perild.com in Telegram. Subscribe to our channel
Tags: affectedCityDaydeaddiedemphasizedGaidaiLugansk regionLuhanskoffensivepeopleRussianSeverodonetsksituation in eastern Ukrainewar in ukraine

What to do when Arestovich no longer helps