Church war. The end of the Moscow Patriarchate in Ukraine? 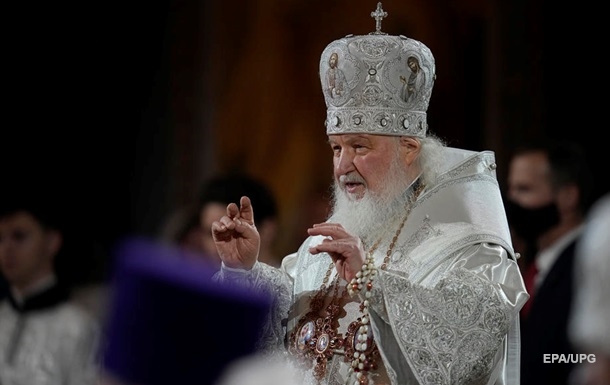 The Russian Orthodox Church supports the war in Ukraine


Actions of the OCU

“We are talking about good and evil as such and about your own choice for everyone: are you with God or with the devil? Kirill Gundyaev has already made his choice in favor of the deeds of the Antichrist. I urge those who still consider him their shepherd – open your eyes, look on the poisonous fruits of his teaching, move away from the lawless, do not be further his accomplices! ”Epiphanius emphasized.

According to him, the ideology of the “Russian world” is the same as the ideology of Nazism, because it justifies violence, murder, war and genocide, and therefore must be rejected and condemned in the same way that Nazism is condemned.

“The creators and promoters of this criminal ideology are the head of the Moscow Patriarchate, Kirill Gundyaev, and his henchmen. Together with his subordinates, he not only kindled this fire in every possible way, but openly, on behalf of God and the Church, with false lips blessed the executioners and murderers for their dirty work,” – said the head of the OCU.

The Orthodox Church of Ukraine asks the Ecumenical Patriarch to dethrone Gundyaev.

“The Council of Bishops of the OCU appealed to the Ecumenical Patriarch and the Primates of the Local Autocephalous Churches with a request to condemn the spiritual crimes of Cyril and deprive him of the throne, in particular on the basis of the spread of heretical ethnophyletic teachings about the “Russian world” and the spread of schisms among the Orthodox (an unreasonable break in Eucharistic unity and the creation of dioceses Russian Orthodox Church within the Patriarchate of Alexandria),” the Metropolitan said.

Epiphanius recalled that Patriarch Kirill is one of the creators of the ideology of the “Russian world”, its propagandist and popularizer. According to him, this ideology itself falls under the condemnation of ethnophyletism as a heresy by the Council of Constantinople in 1872. Accordingly, according to Epiphany, Kirill Gundyaev, as a co-creator and propagandist of the “Russian world”, should be condemned if he does not renounce this heresy and repent.

The head of the OCU also called on the Primates of other local Churches to condemn the words and actions of the Moscow Patriarch Kirill, who supports the bloody war against Ukraine from the pulpit.

With the outbreak of war, the Holy Synod of the Orthodox Church of Ukraine called on the clergy and laity of the parishes of the Moscow Patriarchate to join the OCU:

“Our Holy Synod calls on the bishops, clergy, monasteries and religious communities that are under the jurisdiction of the Moscow Patriarchate in Ukraine to follow the Tomos of autocephaly of the OCU and enter into canonical unity with the Orthodox Church of Ukraine.”

During the three months of the war, more than 150 communities have already moved from the UOC-MP to the OCU.

For some reason, the Moscow Patriarchate blamed the previous president Petro Poroshenko and the OCU for Russia’s attack on Ukraine.

A draft law banning the UOC-MP was submitted to the Rada, though the leadership of the parliament refused to consider it until the end of the war. A petition was also registered to ban the Moscow Patriarchate in Ukraine.

The Holy Synod of the Orthodox Church of Ukraine decided to create a new religious organization within the OCU on the territory of the Kiev-Pechersk Lavra.

Now Epiphanius must apply to the Cabinet of Ministers of Ukraine with a request to transfer one of the temples of the Upper Lavra and its individual premises for use for worship and monastic activities of the Holy Dormition Kiev-Pechersk Lavra of the UOC (UCU).

During the day, 12 attacks were repulsed, 87 Russian soldiers were destroyed

New Datafolha poll shows Lula victory in the 1st round