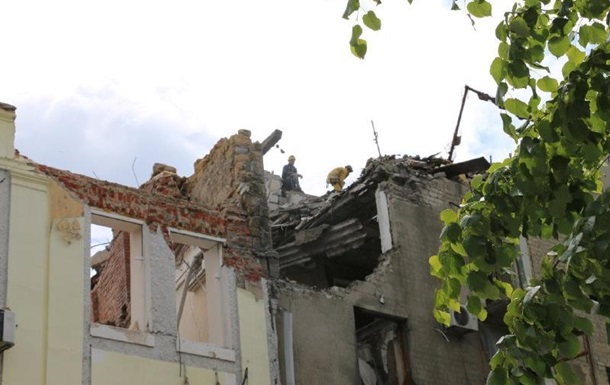 Explosions are heard in the area of ​​the village of Zhukovsky, Kharkov Aviation Institute, Pavlov Field and Lesopark.

The Russian invaders again bombarded the city of Kharkov. There are dead and wounded informed the head of the regional military administration Oleg Sinegubov on Thursday, May 26..

“We ask the residents of Kharkiv and the region to stay in shelters. The invaders are shelling the regional center again. According to preliminary information, seven people were injured as a result of the shelling. Unfortunately, four people were killed. The information is being specified,” Sinegubov said.

According to local media, explosions are heard near the village of Zhukovsky, the Kharkov Aviation Institute, Pavlov Pole and Lesopark.

Earlier it was reported that the bodies of 150 people were found under the rubble in Kharkov. Rescuers dismantled the rubble at 98 sites in the city.


In Kharkiv, there was a shooting involving a car with the TRO logo

4 people were killed in the shelling of Kharkov

List of figures whose names can be called de-Russified toponyms