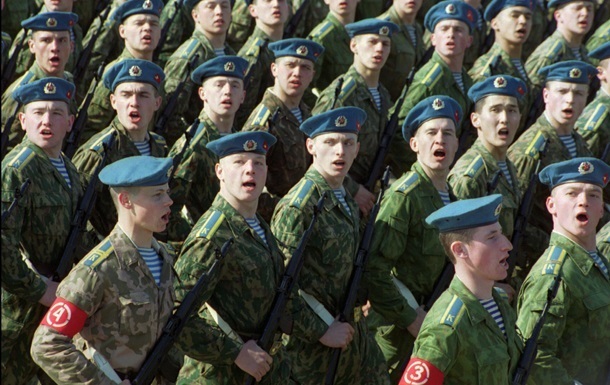 The units of the Russian Airborne Forces mainly consist of professional contract soldiers. However, Russia’s failures on the territory of Ukraine testify to the strategic mismanagement of this potential.

Since the beginning of the full-scale invasion, Russia has attracted “elite” units of its paratroopers to fight in Ukraine. In particular, it was they who were supposed to attack Kyiv through the Gostomel airfield in March. On May 26, reports 24 channel with reference to Twitter intelligence of Britain.

However, as the British intelligence officers said, the Russian Airborne Forces were not successful. We are talking about an attempt to advance on Kyiv through the Gostomel airfield in March, a stoppage of traffic on the Izyum axis since April, and also the recent unsuccessful and expensive crossings across the Seversky Donets River.

It should be explained that the units of the Airborne Forces mainly consist of professional contract soldiers. Its members have an elite status and receive an additional fee. The Airborne Forces were used on missions that are better suited to heavy armored vehicles. However, Russia’s failures on the territory of Ukraine testify to the strategic mismanagement of this potential and Russia’s inability to secure an air superiority.

“The misuse of the Airborne Forces in Ukraine shows how Putin’s significant investment in the armed forces over the past 15 years has led to an imbalance in the overall force,” the intelligence officers explained.

They also added that the failure to foresee Ukrainian resistance and the further complacency of Russian commanders led to significant losses in many of Russia’s elite units.

We will remind, earlier it was reported that the enemy troops are building a third line of defense in the occupied territories of Zaporozhye and Kherson regions. The regrouping of Russian troops indicates the intention of the Russian Federation to gain a foothold in these territories.