The Metropolitan Region of Recife (PE) is experiencing a week of intense rains, resulting from the encounter of a cold front coming from the south of the country with an “undulating disturbance”, a climatic phenomenon coming from the Atlantic Ocean. More than 80 landslides have already been recorded in municipalities along the coast of Pernambuco, resulting in deaths, disappearances and injuries.

Several municipalities in Greater Recife recorded more than 150 cubic millimeters of rain in a 24-hour interval between this Tuesday (24) and Wednesday (25). Olinda exceeded 200mm, while in Recife it was 196mm, which is the 3rd highest rainfall ever recorded in the capital of Pernambuco, behind only a record from 1970 and another from 1986.

In addition to Recife and Olinda, the municipalities of Paulista, São Lourenço da Mata and Itapissuma also had rainfall above 170mm. The expectation of the Pernambuco Water and Climate Agency (Apac) is that the rains will continue until the weekend, mainly in the Zona da Mata of the state, but with less intensity.

The rains should also reach the eastern region of Pernambuco’s Agreste, but should hardly go beyond the Borborema Plateau towards the Sertão.

The second quarter is usually the period with the most rain in the region, but the rainfall this week is equivalent to more than half of the expected rains for the period between April and June.

In Camaragibe, the city center was flooded and there was a fire in the public market, burning part of the traders’ stalls. The municipality also recorded 46 landslides, with five families homeless. In Jaboatão dos Guararapes, 27 barrier falls were recorded, but the municipality has not yet reported the number of deaths or injuries.


On the banks of the Fragoso River, the neighborhood of Cidade Tabajara, on the border between Olinda and Paulista, is one of those that suffers from floods during the rainy season. In some stretches the flooding exceeds one meter. And the Ilê Oguian Alobomaxó terreiro is always affected. “Houses get flooded and when the water goes away, the mud stays. The place where our orixás reside is in terrible condition”, laments the resident Glayce Silva, a member of the pai de santo Babá Iguaracy. “Snakes, turtles, mice appear. It’s very sad to see,” she adds.

Glayce has lived in the area for 13 years and his father for 16 years. They’ve experienced the situation before. “Every heavy winter, the whole community suffers from this neglect. We lost a fridge, freezer, mattresses, sheets… whenever it rains, it’s like this”, she laments, in a conversation with the Brazil de facto.

The resident complains that the locality does not even have basic sanitation, and the water supply is every eight days. “We need to store water for showering, using the bathroom and washing dishes during the week. But these floods, we lose clean water.”

Flooding is also multiplying throughout the metropolitan region, with critical stretches in which not even buses can circulate. Images on social networks show flooding in the neighborhoods of Ibura and Ipsep, in the south of the capital; Jiquiá, in the west; Nova Descoberta and Vasco da Gama, in the north. The scenes are repeated in several neighborhoods throughout the metropolitan region. 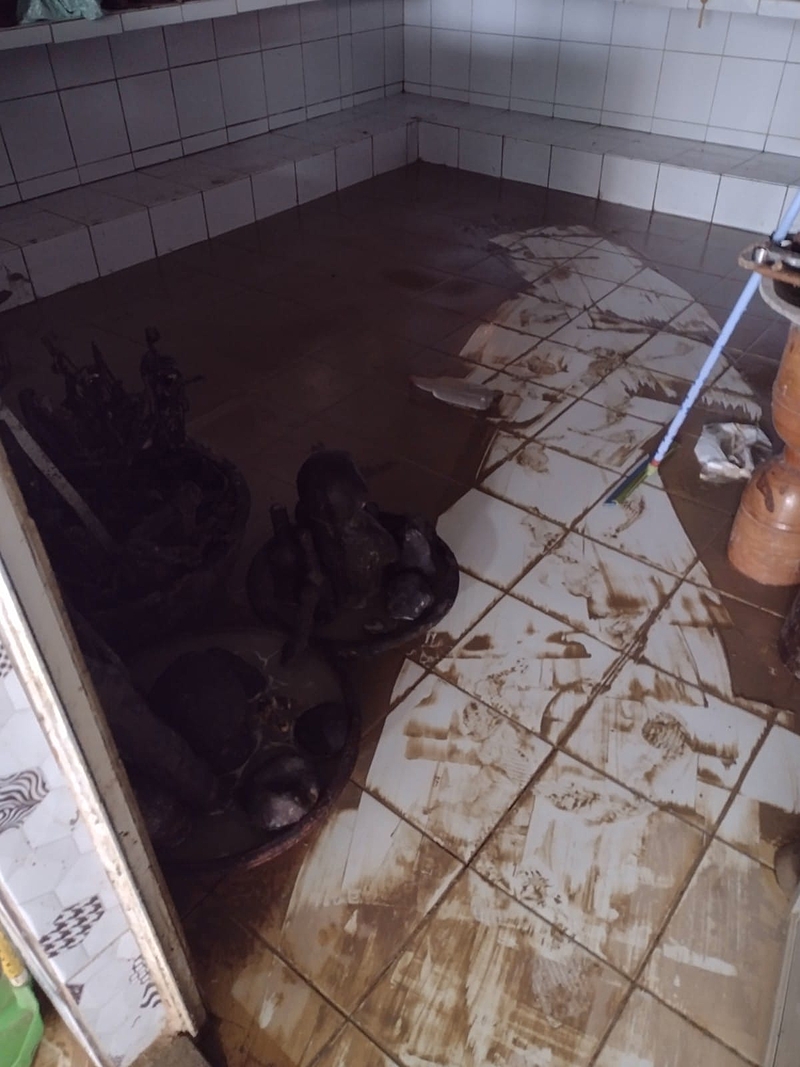 Room that houses the orixás at Ilê Oguian Alobomaxó; the house suffers from the rains and demands measures from the government / Glayce Silva/personal archive

A considerable part of Recife is at or even below sea level, which makes it difficult for water to flow, especially at high tide times.

Many houses were taken by the water. Olinda City Hall has five improvised shelters in public facilities. In the Rio Doce neighborhood, more than 130 people are sheltered in schools. The municipality also opened the Claudino Leal (Cidade Tabajara) and José Mendes (Passarinho) schools to receive the population. People will receive school food.

The municipal executive asks for donations of non-perishable food, cleaning material, warm clothes, blankets and sheets. Donations must be taken between 8 am and 5 pm at the Municipal Library (Carmo), at the Secretary of Social Defense and Human Rights (Bairro Novo), at the Vila Olímpica or at the Grito da República stadium (both in Rio Doce).

China announces it will participate in military exercises in Russia

After missiles and bombs, we are not afraid of anything - Petrakov

The execution of an employee of the Zaporizhzhya nuclear power plant: intelligence revealed the details