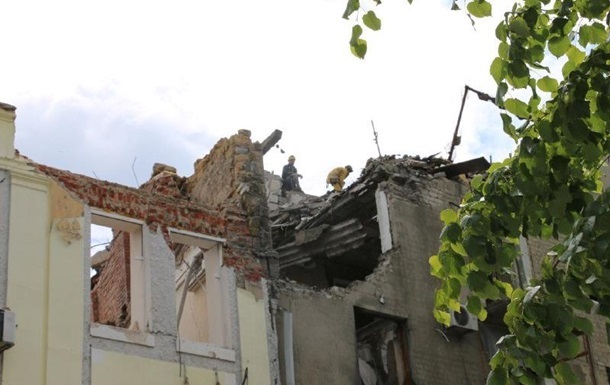 The blast threw the baby from the hands of his father up onto the roof of the entrance. The man died immediately, the woman was hospitalized.

Eight people were killed as a result of enemy shelling of Kharkov. Among the victims is a five-month-old baby. About informed Head of the National Police Igor Klymenko.

It is noted that the invaders used howitzers against the inhabitants of Kharkov.

“When the shelling began, a young family was walking on the street: a wife and a husband who had a 5-month-old baby in their arms. The man died immediately, the woman was hospitalized in serious condition. Subsequently, the police found the body of the child. on the roof of the entrance,” Klimenko said.

In addition, another 17 residents of Kharkov were injured.

Earlier it was reported that seven civilians were killed in Kharkiv as a result of shelling of Shevchenkovsky and Kievsky districts.

Initially, there was information about four dead in Kharkov and seven injured. Explosions were heard in the area of ​​the village of Zhukovsky, Kharkov Aviation Institute, Pavlov Field and Lesopark.