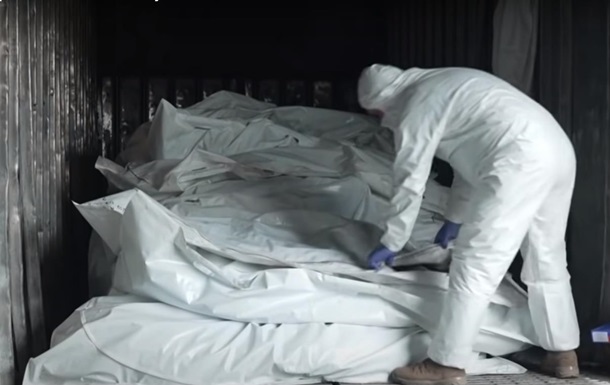 Even if the Russians don’t want the bodies of their soldiers, the company can’t just take them and just throw them away.

Every day, Ukrzaliznytsia spends about 100 liters of fuel for the operation of only one refrigerated car, in which the bodies of the Russian military are stored. This was announced on Wednesday, May 25, by the head of the board of Ukrzaliznytsia Alexander Kamyshin in an interview Jellyfish.

He stressed that at present, in different cities where active hostilities took place, there are 270 bodies of Russian soldiers in refrigerated cars.

“The Russians leave their own on the battlefields, and every day we burn 100 liters of diesel fuel per car in order to store these bodies – in order to maintain the required temperature in refrigerators,” said the head of the board of UZ.

He also added that even if the Russians do not want the bodies of their soldiers, the company cannot simply take them and throw them away.

“We treat dead Russians better than they treat us alive,” Kamyshin stressed.

He also noted that the company is waiting for the Russian authorities or their relatives to pick up the dead. In addition, Ukrzaliznytsia is ready to provide free tickets to Russian mothers who come to Ukraine to pick up the bodies of their sons.

Earlier it was reported that Ukrzaliznytsia allocated refrigerated cars for the removal of the bodies of Russian soldiers.

ISW published a new assessment of the situation in Ukraine

Results of May 25: The threat of hunger and Russian passports