This Friday (27), the Argentine government officially enacted law 27,669 that regulates medical cannabis and industrial hemp in the country, as published in the Official Bulletin. The new legislation establishes the creation of the Regulatory Agency for the Hemp and Medicinal Cannabis Industry (Ariccame) and will be responsible for “regulating, controlling and issuing administrative authorizations with respect to the use of seeds of the cannabis plant, cannabis and their derived products “.

The Regulatory Framework Law for the Development of the Medicinal Cannabis Industry and Industrial Hemp also provides for the creation of the Federal Council for the Development of the Hemp and Medicinal Cannabis Industry, which will have a representative of the national government and one for each province of the country. . The existing National Seed Institute (Inase) will dictate the complementary rules.

“This is a step towards access to the right to health”, claimed President Alberto Fernández during the act of enactment of the law last Tuesday (24) at Casa Rosada, seat of the Argentine government. “We started listening to mothers who, with cannabis, made their children have a better life. We started to pay attention and today we are winning a battle against hypocrisy”, said the representative.

“Behind this law, there is an industry that produces, that gives work, that will bring in dollars but that, fundamentally, cures”, added the president.

Also present at the ceremony, the Minister of Science and Technology, Daniel Filmus, stressed that the law represents a productive alternative, and estimates that it will lead to the creation of at least 10,000 jobs in three years.

Mothers fight against the cannabis taboo 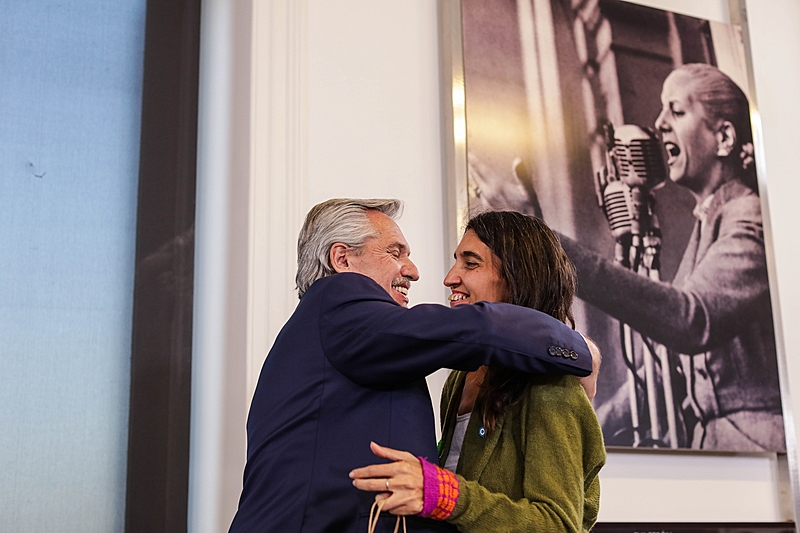 President Alberto Fernández and Valeria Salech, founder of the Mom Farms, during the promulgation of the Cannabis Law this Tuesday (24). / Argentine Presidency

The bill was approved on May 5 in the Chamber of Deputies, with 155 votes in favor and only 56 against. The project sets a legal framework for public and private investment across the medical cannabis and industrial hemp chain.

The achievement of a law to regulate the medical use of marijuana was the result of the struggle of mothers whose children suffer from a disease treatable with cannabis. Faced with the taboo and penalization on the cultivation and use of marijuana, these mothers formed a network of exchange of knowledge and products for the treatment of their children. The organization Mom Farms was at the forefront of this militancy.

Hemp, despite being highly strategic industrially, also suffers from the taboo as it is also a plant of the Cannabis family. In this case, it consists of a variety of the plant, the species Cannabis ruderaliswhose fibers have high industrial value, being sustainable raw material for textile production, such as cotton, food, medicines, beauty products and oils.

Arestovich spoke about the successes of the Armed Forces of Ukraine