Council of the UOC-MP adopted a decision on full independence 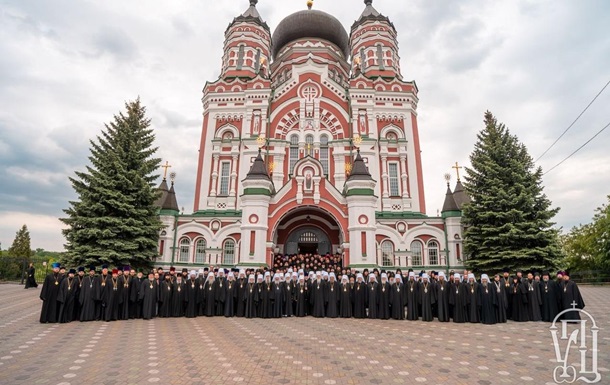 The council expressed disagreement with the position of Patriarch Kirill of Moscow and advocated a dialogue with the OCU.

The Council of the Ukrainian Orthodox Church of the Moscow Patriarchate, held on Friday in Kyiv, expressed disagreement with the position of Patriarch Kirill of Moscow regarding the war in Ukraine and adopted the necessary decisions and changes to the Charter of the UOC, testifying to the complete independence of the church. Also, the participants of the Council proposed to establish a dialogue with the Orthodox Church of Ukraine. Online UOC-MP May 27.

“The council condemns the war as a violation of God’s commandment “Thou shalt not kill!” (Ex. 20:13)… and expresses disagreement with the position of Patriarch Kirill of Moscow and All Russia regarding the war in Ukraine,” the document says.

It notes that the Council adopted the appropriate additions and amendments to the Charter on the administration of the Ukrainian Orthodox Church, “testifying to the complete independence and independence of the UOC.”

“The Council expresses deep regret over the lack of unity in Ukrainian Orthodoxy. The Council perceives the existence of a schism as a deep painful wound in the church body. It is especially regrettable that the recent actions of the Patriarch of Constantinople in Ukraine, which resulted in the formation of the Orthodox Church of Ukraine, only deepened misunderstandings and led to physical confrontation. But even in such crisis circumstances, the Council does not lose hope for the resumption of dialogue,” the resolution emphasizes.

At the same time, it notes that in order for the dialogue to take place, the representatives of the OCU need to “stop the seizure of churches and forced transfers of parishes of the UOC, realize that their canonical status, as it is fixed in the Charter of the OCU, is in fact non-autocephalous and significantly inferior to freedoms and opportunities in the implementation of church activities, which are provided for by the Charter on the management of the UOC, as well as to resolve the issue of the canonicity of the hierarchy of the OCU, because for the UOC, as well as for the majority of Local Orthodox Churches, it is quite obvious that in order to recognize the canonicity of the hierarchy of the OCU, it is necessary to restore the apostolic heredity of its bishops” .

“The Council expresses its deep conviction that the key to the success of the dialogue should be not only the desire to restore church unity, but also a sincere desire to build one’s life on the basis of Christian conscience and moral purity,” the UOC emphasizes.

The participants of the Council also appealed to the authorities of Ukraine and the Russian Federation with a request to continue the negotiation process and the search for “a strong and reasonable word that could stop the bloodshed.”

Recall that on May 13, the UOC-MP accused ex-president Petro Poroshenko and the OCU of Russia’s attack on Ukraine.