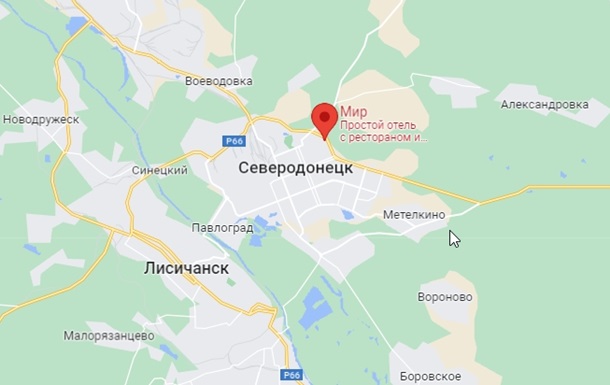 Fierce fighting took place over the city in the Lugansk region, but it remains under the control of Ukraine.

On Thursday, May 26, an enemy sabotage and reconnaissance group broke into a hotel on the territory of Severodonetsk. This was announced on the air of the telethon by the head of the city’s military-civilian administration Alexander Stryuk.

He stressed that there were fierce battles for the city, but it remains under the control of Ukraine.

“We have a hot spot – this is a hotel World, which entered the Russian DRG. During the day, they tried to knock her out of there. The situation there is quite fierce, but we survived,” Stryuk stressed.

He added that the enemy does not stop shelling Severodonetsk, but “the city is holding on.”

As the head of the Luhansk OVA, Sergei Gaidai, specified, the enemy tried to “squeeze” into the city from the direction of Purdovka and Shchedrishchevo, and also attacked the positions of the Armed Forces of Ukraine in the Ustinovka area.