What is the future of PSDB? For the first time, toucans may not have a presidential candidate

For the first time in history, the PSDB, founded in 1988, runs the risk of not having a candidate for the Presidency of the Republic. After the ex-governor of São Paulo João Doria left the electoral race, under pressure from his co-religionists, a group of toucans led by federal deputy Aécio Neves (MG) started to defend their own candidacy. The initiative, however, does not have the endorsement of the party’s leadership, which is negotiating the formation of a so-called “third way” ticket headed by senator Simone Tebet (MDB-MS).

In the last poll of voting intentions published by Ipespe before Doria left the race, last Friday (20), the toucan appeared with only 4%.

In retrospect, the inexpressive performance of the acronym in the current correlation of forces may seem a point out of the curve for the only party to win a presidential election in the first round since redemocratization – twice, in the election and re-election of Fernando Henrique Cardoso. , in 1994 and 1998. The dehydration, which today reserves to the legend the supporting role in national politics and a withered legislative bench, is far, however, from being an exceptional event. It is, in fact, part of a process that began in 2002 and that had its inflection point after the 2014 presidential election. 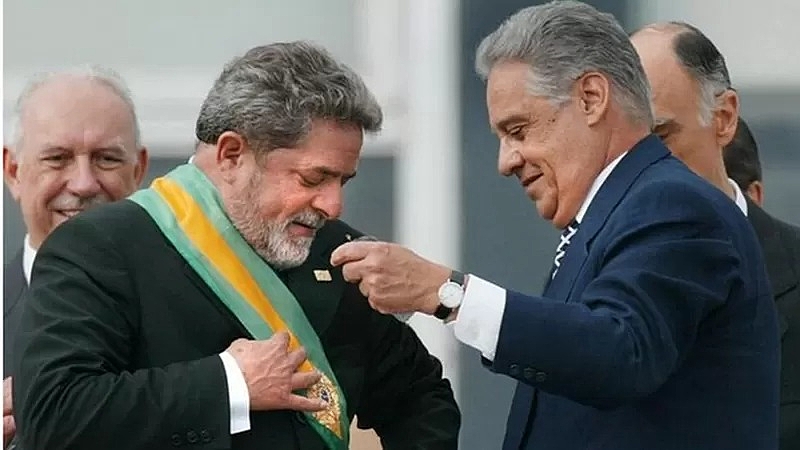 In the view of Claudio Couto, political scientist and adjunct professor at the Department of Public Management at Fundação Getúlio Vargas (FGV), the PSDB began to lose strength in 2002, when the toucan José Serra was defeated in the presidential election by the PT candidate, Luiz Inácio Lula da Silva, with 53 million votes against 33 million. At the same time, in the Chamber of Deputies, the party also began to lose expression, going from 99 deputies elected in 1998 to 70 in 2002. 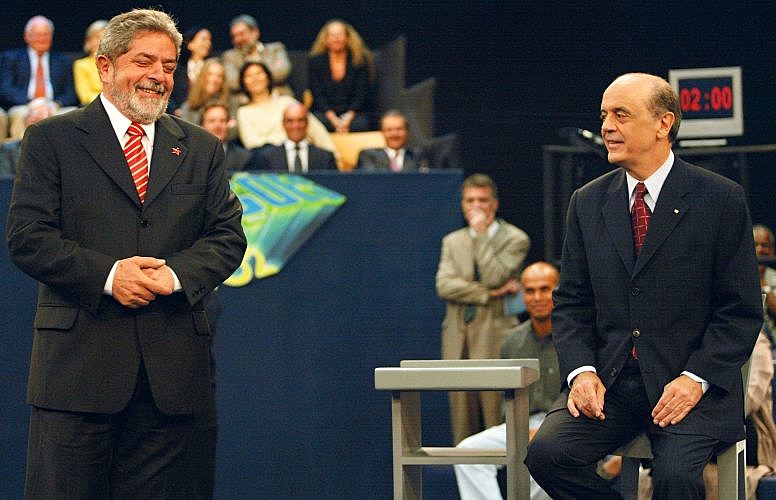 But not only that. Added to the electoral decline, the PSDB began its path to the right of the ideological spectrum, to oppose and try to be the main antagonist to the PT government. This was another ingredient in the disintegration of the party identity that was born, in the late 1980s, as a split in the more progressive wing of the then PMDB.

It is true that from 1994 onwards, when the PSDB managed to elect FHC to the Presidency of the Republic, there was already a rapprochement with sectors of the right, such as the former PFL (which became DEM and, more recently, merged with the PSL to form the Union Brazil). It was, however, a matter of a convergence of the political contingencies of governability.

“When the PSDB goes into government, the party moves more towards the center-right, even a little bit by the government restrictions that are placed, and consolidates the alliance with the PFL. But it was still a relatively moderate walk to the centre-right. But when the PT goes to the government and also makes this move to the center due to the contingencies of governing, the PSDB ends up ‘straightening up’”, says Couto. 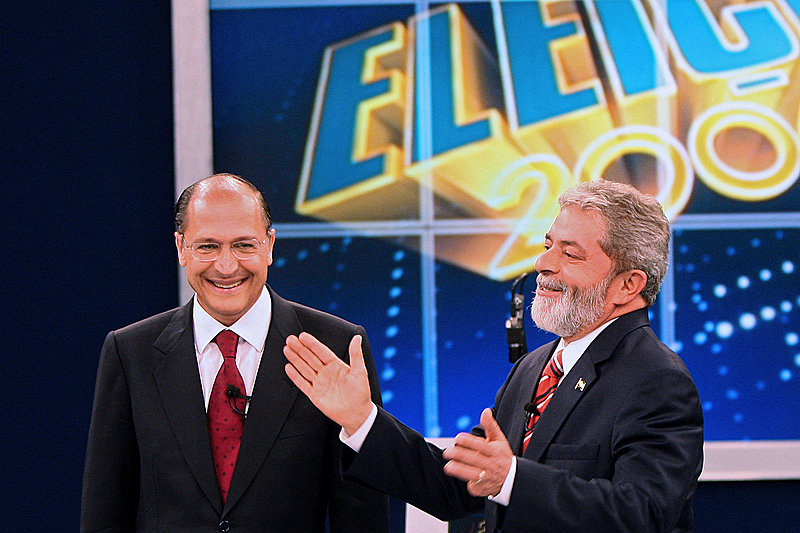 From the following elections, however, electoral losses accumulated and the movement to the right deepened. In the 2004 election, the Tucano bench in the Chamber went from 70 to 66 deputies, and Geraldo Alckmin lost to Lula by 58 million votes against 37 million in the second round. In 2010, a new scenario of losses: the PSDB won 53 federal deputies, and José Serra lost the election to Dilma Rousseff (PT), by 55 million votes against 43 million.

In 2014, there was a turning point in the party’s trajectory of decadence: the PSDB radicalized itself in the figure of the presidential candidate Aécio Neves, who almost won the elections, but lost to Dilma, with a difference of just over three million votes. In 2018, the party reached the worst performance in its history in a presidential election, with a paltry 4.7% of the votes (about 5 million) for Geraldo Alckmin. The bench in the Chamber reaches 29 federal deputies. 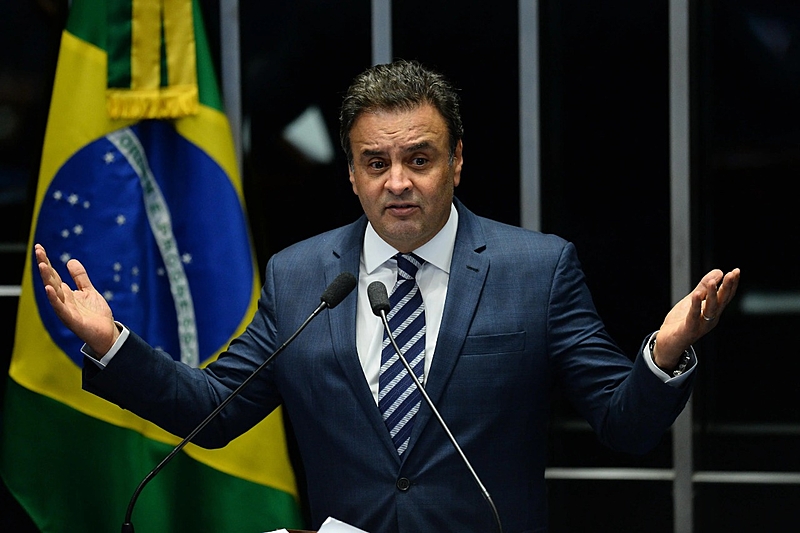 If between 1998 and 2014 the toucans were among the largest benches in the National Congress, capable of commanding the tough opposition to the PT, in 2018 the party dropped to the ninth position in the Chamber, behind medium-sized parties such as the Republicans and PSD.

For Claudio Couto, Aécio Neves, representing the PSDB, could have come out of the 2014 election as an “important” politician in opposition to the elected government of Dilma Rousseff, but he “started badly”. “First by questioning the result of the election, which helped to build this disbelief in the institutions. And, with a very mediocre performance in the Legislature, he failed to place himself as the true leader of the opposition. To make matters worse, came that JBS story”, he says.

The year “2014 was an important inflection point, because it goes too far when questioning the outcome of the election, knowing that there is no flaw, putting democracy itself in doubt”, he says. “All this is dismantling this party as a strong and viable legend. And then, in 2018, it ends, because if it’s to be anti-PT, Bolsonaro is more. And the party completely loses its space.”

The acronym not only lost space but also allied itself, in Congress and in electoral disputes, with the extreme right represented by Bolsonaro, concluding the disintegration of the party identity that made up the formation of the acronym. The factor that most represents this approach to Bolsonarism was João Doria’s electoral campaign for the government of the state of São Paulo under the slogan BagDoria. 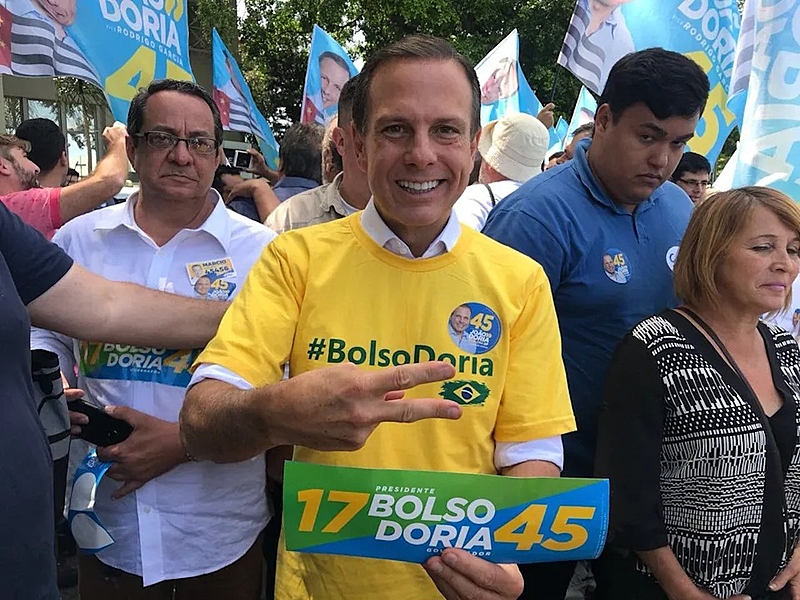 “Instead of being a party that detaches itself from the Bolsonarista profile, the PSDB does the opposite: it ends up becoming an auxiliary line, so much so that there are toucans currently within Congress who are very aligned with the Bolsonaro government on issues even such as the printed vote. . This is an alignment that is not programmatic, but has to do with embracing the Bolsonarism project”, says Couto.

The inclination to the right is also perceptible by the party leaders who start to have some kind of expressiveness in the political scenario, such as João Doria, Bruno Araújo and Eduardo Leite, who place themselves more to the right than the more traditional leaders did, such as Mário Covas, Fernando Henrique Cardoso and even Geraldo Alckmin himself, current pre-candidate for vice-president alongside Lula. The sum of these factors “discharacterizes the PSDB as the party of its origins. And it is in this context that it is comfortable for a figure like Doria not only to enter the party but also to become a strong name internally”.

Political scientist Rosemary Segurado, a professor at the Pontifical Catholic University of São Paulo (PUC-SP), shares Claudio Couto’s view: the PSDB abandoned the more central field to incorporate far-right practices and discourses. For the teacher, the association between João Doria and Bolsonaro, under the slogan BagDoriameant that the party took another step towards “decay”, mainly because of “the way Doria does it in 2018, bypassing many historical leaders who built the PSDB, as a break with the MDB to have a social democracy Brazilian in 1988”.

The route, made on the basis of a “series of wrong choices”, made the party already out of the primaries, which elected Doria as the PSDB candidate for the Presidency, in November last year, “very broken”, with questions , including about the transparency of voting. “People say that a party makes a preliminary to unite around a candidate. [Com o PSDB], it was the opposite. And, even six months later, there is still no definition, which shows the party’s inability to decide ‘what clothes should I wear’ in this electoral context.” 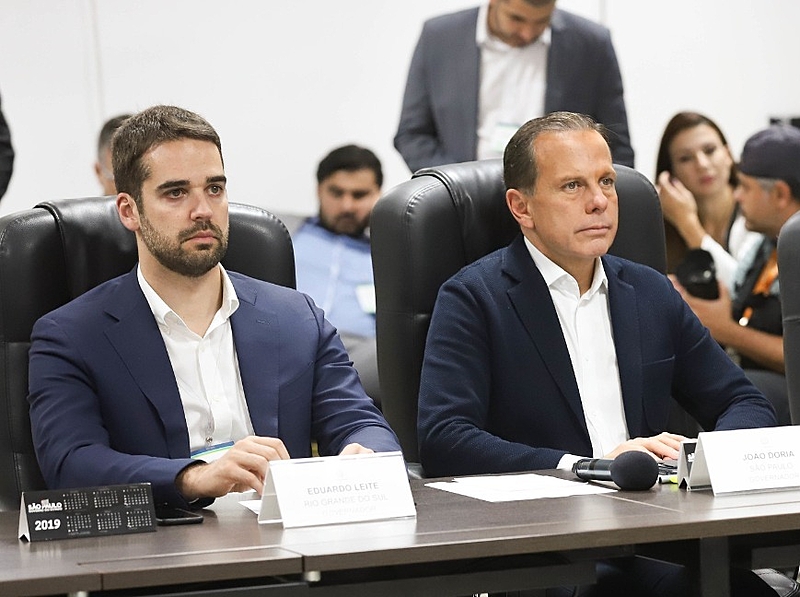 Claudio Couto’s analysis is that the PSDB, like the party that emerged to be a more progressive version of the MDB, “died a long time ago”. Until 2014, the toucans made up a party that managed to institutionally position itself as an opposition and that had a well-defined agenda and purposes. But today “you can’t even say what the agenda is. There is a big programmatic void in this right, which is not the extreme right of bolsonarismo, but is this more traditional right. Who has a program to offer? Nobody,” says Couto.

Given the situation in which the legend finds itself, “it remains to try to survive minimally. But I don’t believe that this attempt at survival will be very generous. The PSDB will survive more by leaps and bounds and languishing as a party that has already lost its identity. It is a party that tends to be a small party. I wouldn’t rule out a merger. But the PSDB, as we knew it, ended. The PSDB as a CNPJ may exist and survive for a while, but it has nothing to do with that previous PSDB that ever existed”.

Aécio, who headed the campaign to delegitimize the results of the 2014 elections, now says that the time is right to rebuild “the unity of the PSDB around the only path that will allow the party to continue fulfilling its trajectory in defense of Brazil, that is, , with its own candidacy for the Presidency of the Republic”. The toucan made the statement after Doria announced the withdrawal of the candidacy. 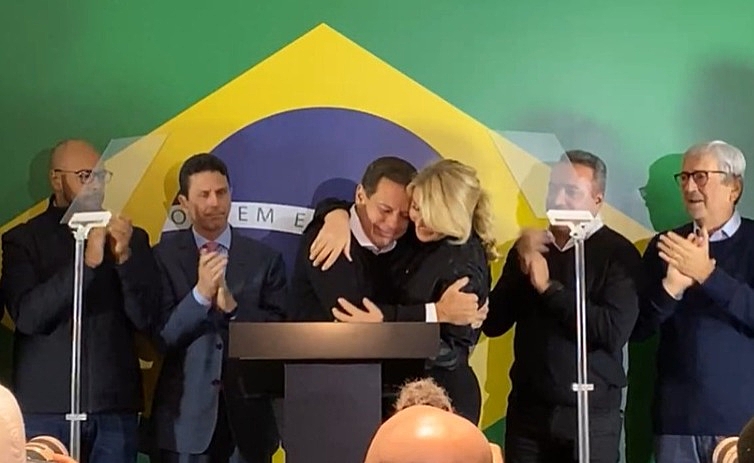 João Doria after announcing the withdrawal of his candidacy / Reproduction / Facebook

Launching its own candidacy or declaring support for Simone Tebet – and being snatched by the MDB, from which it emerged in the 1980s –, the PSDB tends to have a small party vote in the elections, according to Rosemary Segurado. Furthermore, “there is an implication that it is not just the result of the presidential election, but which state and legislative benches will this party have in this chaos? Probably too small.”

The 2022 election, in this sense, may lead the PSDB to turn to the 2018 electoral losses with a certain nostalgia. After all, nothing is so bad that it can’t get worse. “The policy passes the bill to the decisions”, says Segurado. “By failing to show the political grandeur that the moment demanded, the PSDB was belittled to become a runt party.”

Deadline for payment of the Enem registration fee ends this Friday