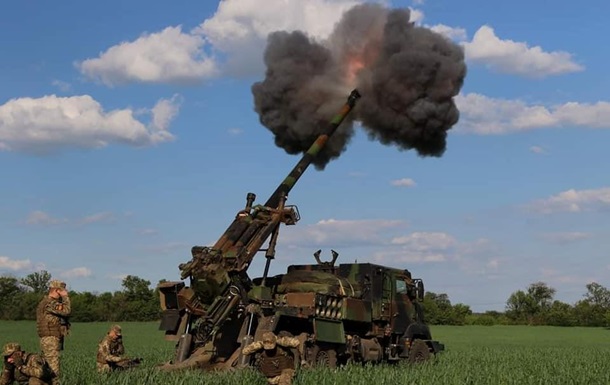 French technology provides comfortable conditions for combat and makes it possible to act on the principle of fire – maneuver – fire.

Ukrainian soldiers-artillerymen of the Joint Forces grouping have mastered the French self-propelled guns on the Caesar wheeled chassis and are effectively destroying the Russian occupiers. About it informs The General Staff of the Armed Forces of Ukraine on Saturday, May 28.

It is noted that three combat crews from the separate artillery brigade Zaporizhzhya Sich inflicted fire damage on the enemy with 155-mm shells.

“Everything is fast and clear. We arrived at the position, … 50 seconds – “To battle”, range – 22,110 meters, 4-5 rounds per minute, 55 seconds “Hang up”, disappeared! The result – two tanks, two BMD, a truck with ammunition of Russian war criminals,” the statement said.

Earlier it was reported that Ukrainian gunners mastered the new Caesar self-propelled guns in two to three hours. This technique provides comfortable working conditions and makes it possible to operate on the principle of fire – maneuver – fire.

Recall that the American M109 self-propelled guns have already arrived in Ukraine. Also, three types of 155-mm artillery are already working on the front line.

The National Bank sold a record amount of foreign currency

Ukraine will fight with Russia until the victorious final - Podolyak