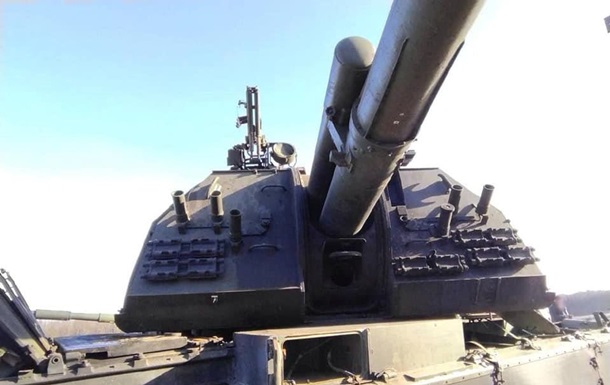 Vilkul announced a successful counterattack in the Krivoy Rog region

The situation in the Krivoy Rog direction of the front remains tense, but stable and controlled, Vilkul said.

The Armed Forces of Ukraine carried out a successful counterattack south of Krivoy Rog, informed the head of the military administration of the city Alexander Vilkul in the evening of May 29.

“63 invaders and 19 units of enemy equipment were destroyed, including modern T-72 tanks, a Grad multiple launch rocket system, artillery, helicopters and one Su-35 aircraft. We thank our soldiers for the courage and bravery!” .

He noted that the situation in the Krivoy Rog direction of the front remains tense, but stable and controlled.

“We continue to seriously strengthen our positions on all lines of defense and help our units with logistics,” Vilkul said.

The official noted that in the Krivoy Rog direction today, the invaders were shelling in the area of ​​​​the settlements of Trudolyubovka, Malaya Shesternya, Dobryanka, Knyazevka, Tokarevo. The Zelenodolsk bulk was fired three times. There were no casualties.

In addition, twice during the week, Krivoy Rog was subjected to rocket attacks. On Wednesday, three cruise missiles arrived on the territory of one of the industrial enterprises. There was destruction, but there were no casualties.

Yesterday, after 20:00, the enemy fired several rockets at the territory of one of the industrial enterprises in the industrial zone of Krivoy Rog. The plant was almost destroyed, but there were no casualties.

Earlier this evening, the General Staff published a summary in which he spoke about the situation in the east and south of Ukraine. So, among other things, the invaders are driven out of the city of Liman, but they are preparing an assault in the direction of Bakhmut.

Military have a real increase of 30% in 10 years, the biggest gain among federal employees