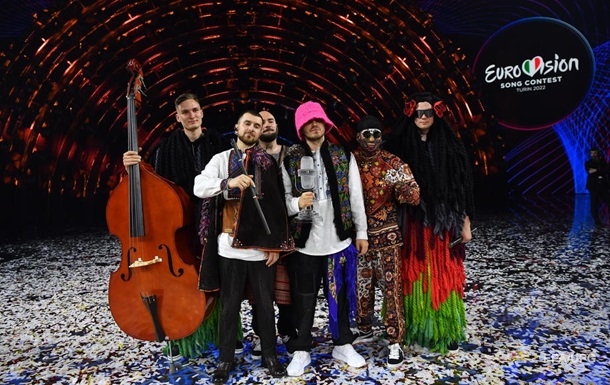 In addition to the cup, the auction included a pink Panama hat, in which Oleg Psyuk performed on the Eurovision stage in Turin.

The Kalush Orchestra, together with the Sergei Prytula Charitable Foundation, sold a crystal microphone for Eurovision 2022 for $900,000 at a charity auction. About this on Sunday, May 29, reported on the page in Telegram Eurovision Ukraine.

The statuette was won by the WhiteBIT crypto exchange, which made the largest crypto bet.

“We are grateful to everyone who donated funds for this auction, and especially grateful to the Whitebit team, who redeemed the cup for $900,000. From now on, they become its copyright holders,” Kalush Orchestra said.

It is known that on May 25, the Kalush Orchestra and Sergey Prytula announced the start of the auction, in which they put up for sale the main award of Eurovision 2022. According to Prytula, the Kalush entrepreneurs made the first bet – they contributed $28,000. They planned to leave the award in the hometown of the lead singer of the group. But during the live broadcast on May 29, the rate increased from $45,000 to $900,000.

For the proceeds that went to the Prytula fund, they plan to purchase a multi-purpose UAV designed for aerial reconnaissance and combat use.

In addition to the cup, the auction included a pink Panama hat, in which Oleg Psyuk performed on the Eurovision stage in Turin. To participate in the drawing of panama, it was necessary to donate at least 200 UAH to the fund’s account. The winner of the competition was chosen at random. Since the beginning of the announcement of the competition, more than UAH 10 million have been collected on the account.

Recall that the soloist of the Ukrainian group that won the Eurovision 2022, Kalush Orchestra Oleg Psyuk was awarded the honorary title.

Kalush Orchestra to tour Europe to raise funds for Ukraine

London will help Ukraine survive in the fight - Johnson