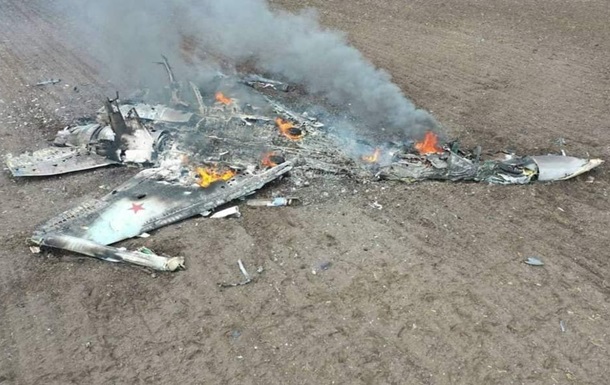 The Russians are trying to bomb Ukrainian cities and positions of the Armed Forces of Ukraine not only with artillery, but also from the air.

He noted that, in particular, in the Sumy region, Air Force fighters eliminated two enemy UAVs, three more drones hit units of the Ground Forces of the Joint Forces grouping.

“Attack aviation of the Air Force delivers an air strike on the occupying forces in the area of ​​​​the settlement of Dolgenkoye. Su-25 attack aircraft and Su-24M bombers destroy a company tactical group, an ammunition depot, accumulations of armored combat vehicles and manpower of rash * sts,” the statement added. command.

They also noted that the enemy had somewhat reduced rocket attacks and aviation activity around the Ukrainian borders.

Earlier this evening, the General Staff published a summary in which he spoke about the situation in the east and south of Ukraine. So, among other things, the invaders are driven out of the city of Liman, but they are preparing an assault in the direction of Bakhmut.

Tags: airair force of UkraineAPUArmedartillerybombenemyforceForceslossesRussiansspoketryingUkraineUkrainianWarwar in ukrainewar with russia

Colombia will have 2nd shift between left and right, with Gustavo Petro and Rodolfo Hernández

Scholz said that Putin will not win