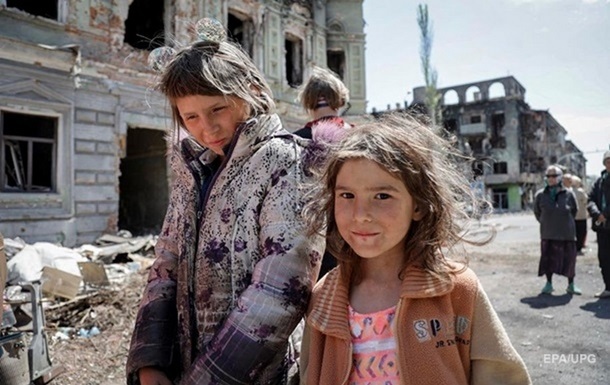 Residents of Mariupol, who came to such a camp for the first time two weeks ago, say that the camp in Bezymyanny, Novoazovsky district, looks like child’s play compared to the Russian border one.

The invaders continue to deport the inhabitants of Mariupol and set up filtration camps not only in the occupied territories. A filtration camp appeared near the crossing points of the state border between Russia and Estonia. About it informs Advisor to the Mayor of Mariupol Petr Andryushchenko.

“The occupiers not only do not slow down the rate of deportation and filtration, but resort to new means of “denaZification.” Now filtration camps for Ukrainians are not only on the occupied territory of Ukraine. Estonia. Now the Russians, when identifying Ukrainians who are trying to cross the border and for whom they have information that they have received refugee status from the war, are delivered to such a filtration camp, “Andryushchenko writes.

In your messages to Andryushchenko, use the data received from those who fell into such a camp.

Residents of Mariupol, who came to such a camp for the first time two weeks ago, say that the camp in Bezymyanny, Novoazovsky district, looks like child’s play compared to the Russian border one. The trend of real genocide is gaining momentum, – said the adviser to the mayor of the city.

Andryushchenko urges fellow countrymen trying to escape from Russia to be as vigilant as possible.

It is also reported that over the past day in the filtration camp with. Bezymyanny Novoazovsky district delivered 253 people, including 33 children. From s. Nameless in Taganrog (Russia) 235 Mariupol residents were deported, including 28 children.

Earlier it was reported that Mariupol is threatened with epidemics of dysentery and plague.

APU shot down an enemy helicopter worth over $35 million