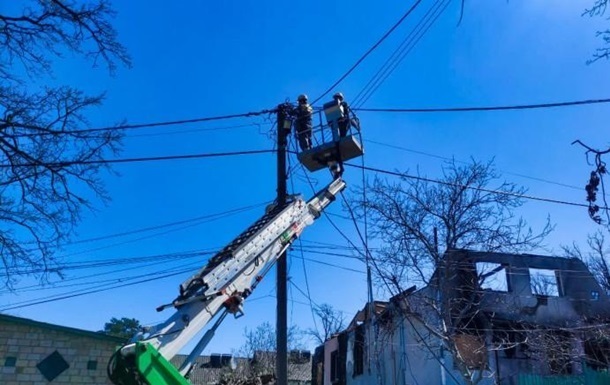 After the restoration of electricity supply, repair crews began to restore the water supply and hope to complete the work today.

The power supply of the Bakhmut and Kramatorsk districts, which was cut off due to shelling on May 29, has been restored. About it informs head of the Donetsk OVA Pavel Kirilenko.

“Yesterday, around 21:00, specialists resumed power supply to the settlements in the north of the region, which were without electricity as a result of hostilities. This morning, repairmen began work on launching the second Donetsk water pipeline, but everything will depend on the security situation. In case of favorable conditions, the supply of water can be restored until about 2 p.m.,” the head of the Donetsk OVA wrote on the morning of May 30.

Recall that as a result of hostilities, a high-voltage power line was interrupted, because of which Kramatorsk and neighboring cities were left without electricity.

Konotop became the second at the European Championship in weightlifting