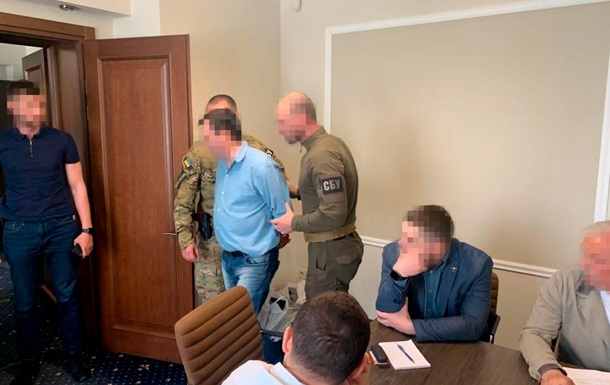 Antonov’s lead design engineer was informed of the suspicion

“There is no such country as Ukraine. There is a suburb of Russia”, “For Ours”, “Force V to Truth” – such messages were propagated by the suspect.

Antonov, the leading design engineer of the State Enterprise, was informed of a suspicion on the fact of distribution of publications on the Internet with the justification of the armed aggression of the Russian Federation and the glorification of the military personnel of the army of the aggressor country. About it informs press service of the prosecutor’s office.

It is noted that during March-April, a resident of Irpin, having pro-Russian sentiments, distributed publications on social networks aimed at supporting the actions of the Russian Federation.

So, the suspect distributed a map of Ukraine, on which part of the territories of our state allegedly began to belong to neighboring countries.

“There is no such country as Ukraine. There is a suburb of Russia”, “For Ours”, “Power of V Truth” – such messages were promoted and supported by the suspect.

During the search, they found and seized from him computer equipment and mobile phones that were used in illegal activities, photos and videos with anti-Ukrainian content.

A petition was sent to the court to elect a preventive measure to the defendant.

Earlier it was reported that in the Kharkiv region, a “Cossack colonel” passed data on the Armed Forces of Ukraine to the special services of the Russian Federation.

Recall that the Ministry of Internal Affairs spoke about traitors in the ranks of the police.