After weeks of negotiations, the European Union reached consensus to implement a sixth round of sanctions against Russia that includes the suspension of the purchase of oil from Moscow by ships and the expulsion of the SWIFT international payment system of the Russian bank Sberbank.

European Commission President Ursula Von der Leyen said the measure would cut 90% of Russian oil imports by the end of 2022 and that Russia was an “unreliable” supplier, as well as promising “massive investment in renewable energy”. “.

All 27 countries in the European bloc must agree to sanctions, and the blockade on Russian fuel causes contention because of its importance to the region’s economy. The matter is even more sensitive in some Eastern European countries. In November 2021, Lithuania (83%), Finland (80%) and Slovakia (74%) needed the Russians to supply considerable parts of their markets. The data are from International Energy Agency.

Much of Europe’s energy consumption is served by the Druzhba pipeline, which leaves Russia with fuel extracted in Siberia, the Urals and the Caspian Sea. This pipeline will have a “temporary exception” from the sanctions, highlights the European Commission in a statement, but does not set a deadline for the expiry of this exception. The European bloc takes the measures in retaliation for the war in Ukraine.

“This is an important step. We will soon return to the issue of the remaining 10% of oil via the pipeline,” he said. Von der Leyen. 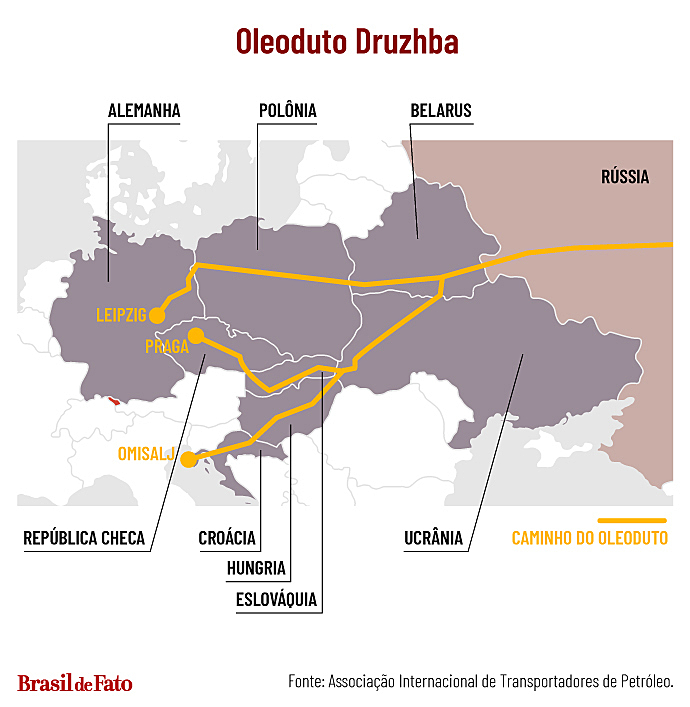 Also according to S&P, the European sanction is expected to cause a “major upheaval in the global oil trade” and China and India have increased their purchases of Russian oil, taking advantage of discounted prices.

The Russian company Gazprom announced this Tuesday (31) that it had completely interrupted the supply of natural gas to the Netherlands. The measure was taken because the Dutch did not pay for fuel consumption in rubles, as demanded by Russia. Poland, Bulgaria and Finland also had their Russian gas imports cut by Moscow.

:: End of Russian gas in Europe generates “mutual strangulation” and can benefit USA ::

Inflation in the Eurozone, the common currency of the European Union, has never been higher. In May of this year, the Consumer Price Index prices compiled by block registered an increase of 8.1% compared to the same month in 2021. It is the highest rate since data began to be collected in 1997.

* With information from DW.

Lula and Ciro in SP, Bolsonaro in MG: read the candidates’ agenda on the 1st day of the campaign

In the Lugansk region, the invaders carried out an airstrike on a chemical plant