In Melitopol, the Gauleiter was frightened of the explosion and refuses to post – media 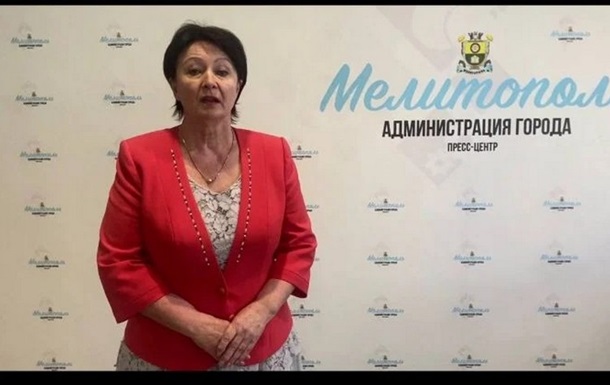 Local media have information that following the car that blew up yesterday morning, a car with Galina Danilchenko, who was appointed head of the “military-civilian administration”, was moving from the Kvartal shopping center.

In Melitopol, after yesterday’s morning explosion, Gauleiter Galina Danilchenko refuses the post of head of the “military-civilian administration” – she fears for her life. About it reports “RIA Melitopol”, referring to an informed source.

He reports that yesterday Galina Danilchenko announced her resignation, but she was offered to resign on one condition – to surrender to the special services of Ukraine.

“After that, Galina Danilchenko went on air late in the evening of May 30 and read everything that the Kremlin propagandists and the FSB had written to her,” the report says.

It is reported that, according to insider information, following the car that blew up yesterday morning, a car with Galina Danilchenko was moving from the Kvartal shopping center.

Recall that in Melitopol there was a powerful explosion near the shopping center Kvartal. A family of collaborators from the Melitopol region suffered. Yevgenia Zaitseva, the daughter of the late Oleg Balitsky, brother of the fake governor and traitor of Ukraine Yevgeny Balitsky, was wounded.

Ten protesters in Gorno-Badakhshan put on wanted list in Tajikistan

Ukrainian powerlifters died in the war against Russian invaders