Results 31.05: Dismissal of Denisova and the sixth package 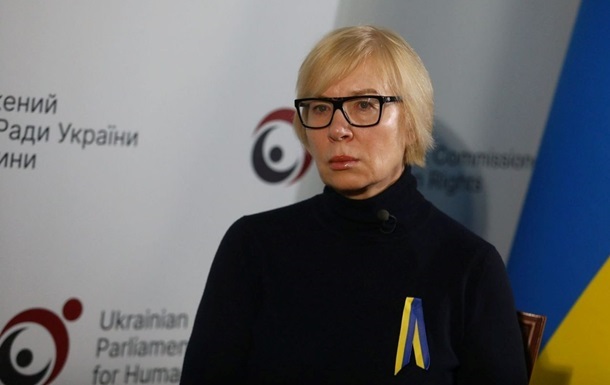 The Rada dismissed Lyudmila Denisova from the post of Ombudsman; The EU approved an embargo on oil from Russia. Perild.com highlights the main events of yesterday.


Lyudmila Denisova was fired from the post of Ombudsman

The Verkhovna Rada dismissed Lyudmila Denisova from the post of the Verkhovna Rada Commissioner for Human Rights. 234 people’s deputies voted for the corresponding decision. Denisova has held this position since March 15, 2018. Previously, she was Minister of Social Policy in the governments of Yulia Tymoshenko (2007-2010) and Arseniy Yatsenyuk (2014).

Six packages of EU sanctions against Russia would destroy Russian President Vladimir Putin’s financial base and hit the Russian economy hard, said European Commission President Ursula von der Leyen. The sixth package of EU sanctions will also include restrictions on dozens of Russian businessmen, three TV channels and the disconnection of a number of Russian banks from SWIFT. It is assumed that by the end of the year the EU will give up 92% of imported Russian oil.

The European Union pointed out that the Russian war of aggression against Ukraine has a direct impact on global food security and availability. The European Council called on Russia to stop attacks on transport infrastructure in Ukraine and lift the blockade of Ukrainian Black Sea ports, allowing food exports specifically from Odessa. In turn, Ukrainian Foreign Minister Dmitry Kuleba announced the work on creating a safe maritime corridor for Ukrainian grain.


The deputies supported the increase in budget spending


The President met with the head of Slovakia


A new holiday has appeared in Ukraine

The political goal of Russia is to occupy the entire territory of the Donetsk and Lugansk regions, but to achieve this, it is necessary to capture Severodonetsk, Kramatorsk and the Dnieper-Donetsk highway. The capture of the city of Liman by Russian troops supports their operational efforts, likely to encircle Severodonetsk and close the “cauldron” around Ukrainian forces in the Lugansk region. At the same time, British intelligence notes that the paths to the potential “cauldron” remain under the control of Ukraine.


Ukrainian athletes will be able to compete again

The Ministry of Youth and Sports allowed sports competitions to be held in Ukraine. However, so far only in some territories and without the presence of spectators. Competitions are resumed for the qualitative preparation of athletes of the national teams of Ukraine in sports for participation in major international competitions.


Slavyansk was shelled by Iskanders

The invaders hit Slavyansk from the Iskander missile system, as a result of which there were dead and wounded. After Iskander’s rocket hit, a fire broke out in the apartments. Police and the State Emergency Service worked at the scene. As a result of the missile attack, eight residential high-rise buildings, a school, a kindergarten and a garage cooperative were damaged. As the police established, Russian troops attacked Slavyansk at 01.30, when people were sleeping peacefully in their apartments.


Residents of Nikolaev and suburban villages are advised to evacuate

Shelling intensified in the region. The most dangerous, according to Pletenchuk, are the Korabelny and Ingulsky districts of the city, as well as the villages of Polygon, Nikolaevskoye, Kulbakino and the NARP area.


Kyiv is preparing for a new assault on the city

In Kyiv, in case of a second assault by the Russian army, fortifications are being built. The first line of defense of Kyiv is equipped at a great distance from the city in order to exclude the use of enemy artillery units in the first place.


The German army will soon become the largest in Europe

Germany will soon have the largest army in Europe within NATO, said German Chancellor Olaf Scholz. At the moment, Germany has the second army in Europe in terms of numbers – 185,000 troops. France ranks first with 207,000 troops. The chancellor also assured that Germany would continue to supply weapons to Ukraine.

In May, consumer prices in the euro area rose by 8.1% year on year, which exceeded the average of 7.8%. The agency notes that the acceleration of inflation was caused by rising food and energy prices after the war in Ukraine led to an increase in commodity prices. Core inflation, which excludes short-term price fluctuations, rose 3.8%. While price increases should peak this quarter, they will still average over the ECB’s target of 2% next year, according to EU forecasts.