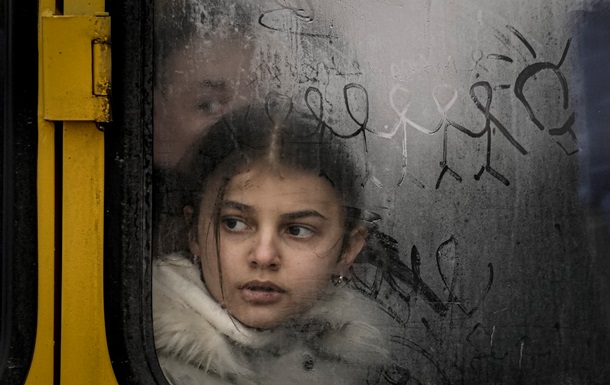 All of them can be illegally adopted on the territory of Russia. These children require special attention of Ukrainian law enforcement officers and the state.

At least 234,000 children were taken from the territory of Ukraine to the Russian Federation, for orphans there is a threat of their further illegal adoption in Russia, according to the Ministry of Internal Affairs of Ukraine.

“There is information that at least 234 thousand children crossed the border with the Russian Federation, that is, they were taken out of the territory of Ukraine, ORDLO. Now more specific data are being established,” Deputy Minister of Internal Affairs of Ukraine Kateryna Pavlichenko said at a briefing in Kyiv on June 1.

According to the deputy minister, children deprived of parental care require special attention from Ukrainian law enforcement officers and the state as a whole.

“We understand that for children deprived of parental care, in particular orphans, there is a real threat of further illegal adoption on the territory of Russia, outside the legally approved procedure for international adoption in Ukraine,” she stressed.

Pavlichenko also said that 4,177 children from institutional institutions were evacuated from Ukraine.

Recall, earlier it was reported that the Russian Federation will grant citizenship to Ukrainian orphans and incapacitated persons in a simplified manner.

In Lviv, school buses with toys were put up in memory of the dead children