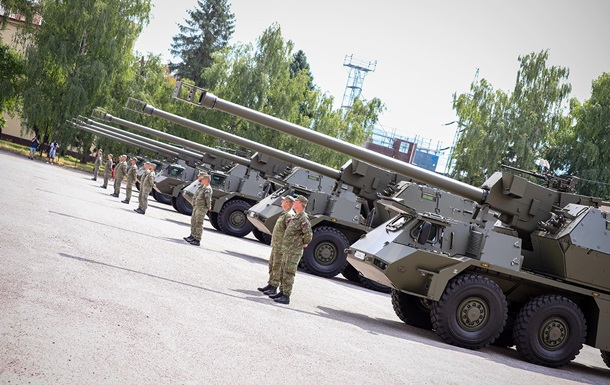 Eight self-propelled artillery mounts with a firing range of up to 40 km will be delivered to Ukraine.

Ukraine has signed a contract with Slovakia for the supply of eight Zuzana2 howitzers. This was announced on June 2 in Twitter Slovak Minister of Defense Jaroslav Nagy.

“I am glad to confirm that the contract for Zuzana2 howitzers for Ukraine has been signed – eight pieces will be delivered to Ukraine. Thanks to the Minister of Defense of Ukraine Oleksiy Reznikov for his personal participation, as well as Konstructa Defense and colleagues from the Ministry of Defense of Slovakia,” he wrote.

Earlier it was reported that the Ukrainian military is being trained on the Slovak Zuzana2 self-propelled guns.

During a speech in the Verkhovna Rada on May 31, Slovak President Zuzana Chaputova announced her readiness to continue deliveries of weapons to Ukraine and announced the transfer of howitzers.


The Zuzana 2 gun mount is capable of firing at a maximum distance of up to 40 km. The howitzer has an automatic loader, which allows you to fire in MRSI mode – several shells can hit the target at the same time.

The Pentagon did not confirm the transfer of Russian nuclear weapons

Russians have no further successes in Severodonetsk - Gaidai