Arum: I would like Lomachenko to fight for the championship belt 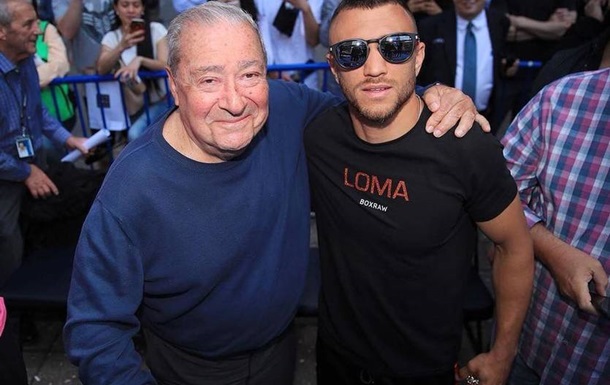 Arum wants to give Lomachenko a championship fight

The promoter wants to organize a fight for the Ukrainian against the winner of the Kambosos-Haney fight.

Lomachenko is the gold standard at lightweight and should be fighting for titles. This was stated in an interview with Fight Hub TV by well-known promoter Bob Arum.

According to the functionary, if it were not for the war unleashed by the Putin regime, then Lomachenko would definitely have met with Kambosos. However, the promoter still hopes to organize a big fight for the Ukrainian.

“For me, Lomachenko is the gold standard in lightweight. Egis Klimas thinks Lomachenko is ready to go if there is a chance to fight for the title.

Unfortunately, he is in Ukraine and fighting for his country, but we couldn’t get him out. Hope we can arrange it. I would like Lomachenko to fight Kambosos or Haney for the championship belt.

His city is located 10 kilometers from Odessa, there was no heavy shelling. But again, Lomachenko is in uniform and doing his part to protect the country from Russian aggression,” Arum was quoted as saying. Boxing News 24/7.

Bolsonaro paints on TV a Brazil without crises, "free from corruption" and "with God in the heart"