Business center on fire in Moscow 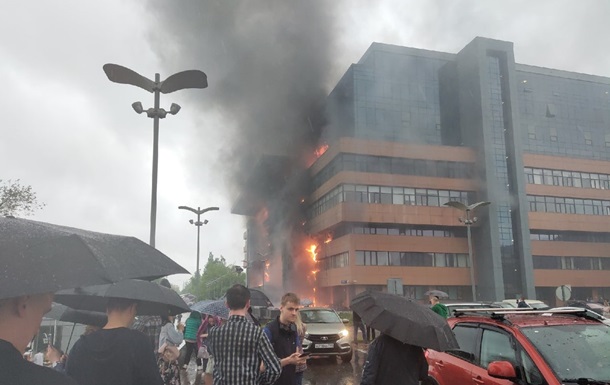 The fire engulfed four floors of the building, 41 pieces of equipment and helicopters were sent to the scene.

On the morning of June 3 in the building of the business center Grand Setun Plaza there was a big fire in Moscow. This was reported in the Ministry of Emergency Situations of Russia.

Four floors are on fire, traffic on the streets adjacent to the business center is limited. The fire covered an area of ​​1000 square meters. m.

180 people and 41 pieces of equipment are working at the site. In addition, Ka-32 helicopters are involved in extinguishing.

According to preliminary information, more than 120 people were rescued from the burning building, the search for people continues.

According to the TASS agency, the fire was assigned the fifth – the highest rank.

The fire extinguishing headquarters reported that the cause of the fire was a short circuit due to improper installation of facade lighting.

Earlier it was reported that in Nikolaev there was a powerful fire at gas station.


In the Kharkiv region, a shopping center burned down due to shelling

Yarmolenko sells Man of the Match award at auction

RHO: At the Zaporozhye NPP - a critical situation