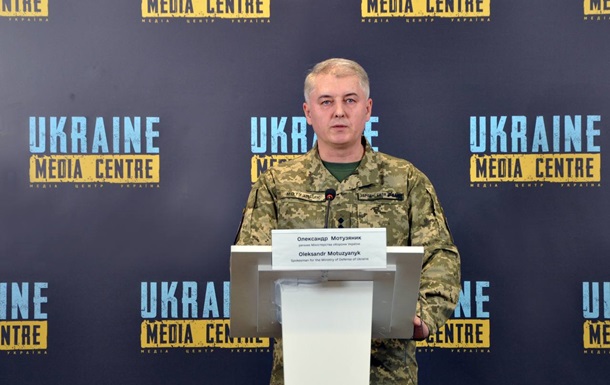 Speaker of the Ministry of Defense Oleksandr Motuzyanyk

Enemy troops are trying to hold their positions in the Kharkov region and prevent further advance of our forces to the state border.

The occupiers continue to shell the Kharkiv region along the entire line of collision. This was stated at a briefing by the speaker of the Ministry of Defense Alexander Motuzyanyk.

“In order to reduce the combat potential of our units, the enemy, with the support of army aviation, launched artillery fire attacks almost along the entire line of collision and in the depths of the defense of our troops, including in the areas of the settlements of Stary Saltov, Kutuzovka, Russkiye Tishki, Cherkasskiye Tishki, Tsirkuny, Russkaya Lozovaya, Slatino and Dementievka,” Motuzyanyk said.

According to him, in the Kharkiv direction, the Armed Forces of Ukraine are confronting Russian units from the 6th Army of the Western Military District, the troops of the Baltic Fleet and the so-called “mobilization reserve” of the 1st Army Corps.

Recall that in the Zolochiv district of the Kharkiv region, the graves of Russian servicemen, including a lieutenant colonel, were discovered.

Kharkiv agreements: Yanukovych will be subjected to a special investigation