Inflation in Argentina: government seeks to increase taxes on exports but agro resists

The Argentine government remains in a battle to apply necessary – and possible – policies to contain inflation and the loss of purchasing power of the population. In a context of war in Ukraine and a climate emergency, the price increase and the supply crisis become a global issue that increases to an inflationary problem that has long been known in Argentina.

Last week, the government announced an increase in the minimum wage for collecting income tax. The objective would be to protect purchasing power over salary adjustments due to high inflation. However, experts, and President Alberto Fernández himself, warn of the need for broad policies to tackle the various causes of the same problem: an average monthly inflation of 5.3%, with a forecast of 70% accumulation for this year.

:: Venezuela confirms that US lifted sanctions to negotiate resumption of oil production ::

The government seeks, in this scenario, to separate domestic and international prices, ensuring supply and access to food. Thus, Casa Rosada launched the possibility of applying new measures to increase exports of commodities (calls from withholdings in Argentina), in particular those that Argentina exports the most, such as soy, wheat, corn and sunflower.

“The instrument with which domestic prices are more easily decoupled from international prices are withholdings,” said the president, in an interview with Radio with you. But, continued Fernández, “the sector of the ‘camp’ interprets that they are measures against him”, he affirmed, stressing that he would not have enough votes in Congress to pass the measure.

The readjustment of taxes on products sent abroad affects a sector with great political influence and the main generator of foreign exchange for the country: the agro-exporter. Thus, the president’s announced intention had little possibility of being discussed, including disagreements with his own wing in the cabinet.

:: People’s Summit for Democracy offers a progressive vision to fight US dominance ::

The Minister of Economy, Martín Guzmán, defended the inflow of dollars, in the midst of a search to strengthen reserves to pay the International Monetary Fund, and that, in this sense, withholdings would be counterproductive. In turn, the Minister of Agriculture, Julián Domínguez, came forward and, in a tweet, denied the president. “By no means are we going to increase withholdings or submit a bill,” he wrote.

Before presenting Plan GanAr in Córdoba, I spoke with @alferdez, @JohnManzurOK y @gabicerru. Since I took office, the President’s concern is the increase in food for Argentines. In no way will retentions be increased or a bill sent.

The last few weeks were also marked by the resignation of the Secretary of Interior Commerce, Roberto Feletti, responsible for expanding the list of products in the maximum price programs in supermarkets. In line with Kirchnerism, his departure was justified due to differences with the Minister of Economy on precisely what policies should be applied to control prices and inflation.

In his debut week in office, the new secretary, Guillermo Hang, faced a difficult meeting with Daniel Funes de Rioja, president of the Coordination of Food Producers (Copal), this Thursday (2). Hang pointed out the problem of shortages caused by food companies and speculation on the prices of products listed in Care Prices in establishments not covered by the program, where distributors sell the same product more expensive. The businessman concluded that “the price gap is not the fault of food companies”, pointing to intermediation policies.

The war between Russia and Ukraine has affected prices and the supply of food and energy in the world, which also makes food production itself more expensive at all its stages.

the british magazineThe Economist diagnosed in its edition last week that the world could go through a “food catastrophe”, in a scenario of climate crisis and global supply. He warns, in this case, that access to food depends not only on income, but also on political decisions.

according to International Food Policy Research Institute, there are already at least 23 countries that have increased taxes on exports. This is the case of India, the second largest producer of wheat in the world, which banned exports in the face of the strong heat wave that affects the region, with records of 50ºC. The initiative was criticized by the G7, which called on India to “fulfill its duty as a member of the G20”, as German minister Cem Özdemir put it. 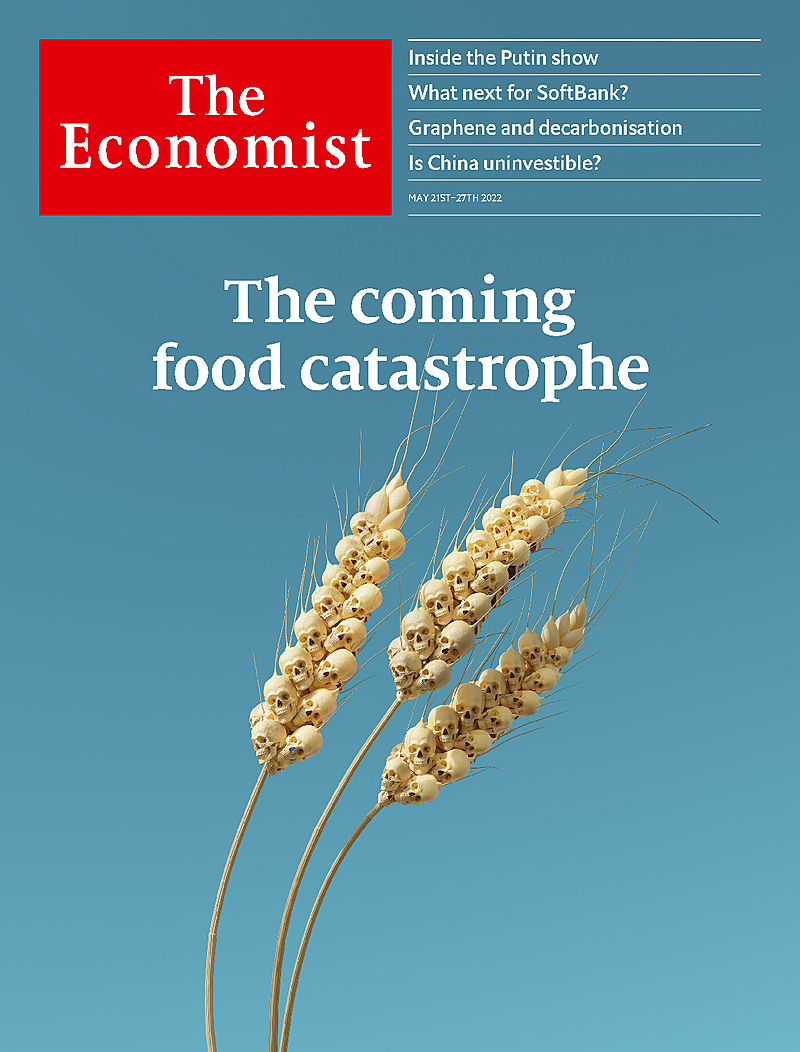 Currently, Argentina has restrictive policies on exports of cuts of meat and maximum prices under the Cortescuidados program. However, prices continue to rise, with resistance, in this case, from the meatpacking sector.

“It is evident that any tax policy, or tax updating, which are the majority, will be rejected by the agro-export sector”, defines economist Eugenia Rodríguez, from the Center for Political Economy (Cepa). “It’s a sector that hasn’t lost during the pandemic and, if we compare the profit curve, it’s above the general growth of the economy.”

:: Kremlin says it does not trust Ukraine’s promise not to use US missiles against Russia ::

In the case of wheat and corn, the current policies are export quotas, with an export volume pre-determined by the government to guarantee domestic supply. According to Cepa’s assessment, policies to encourage price control exist. For Rodríguez, the bet should be inspection. “It would be necessary to think about sanctioning measures and greater control in the face of non-compliance”, he says.

“Retention appears as a tool with two specific purposes: to decouple domestic prices from international ones and avoid the impact on the population and, on the other hand, it serves as a redistributive tool, because in a context of extraordinary profit of large companies and exporters, it allows redistribution to other sectors through this State tool with concrete policies for, for example, salaries and subsidies”, he says, mentioning another Executive project, the tax on extraordinary profits, which has not yet gone beyond expectations.

The fact that the country is going through a pre-election year also comes into question. Analysts of the industrial sector point out that the sector that generates the most dollars in the country may well stop selling part of its grains, waiting for a new political scenario in 2023.

:: How can social networks foster extremism in young people? ::

Economist Matías de Luca, from the Argentine Recovery Studies Center (RA), believes that the problem is a misdiagnosis. “They are not considering that the food problem is a level jump. The war has generated a contraction in supply, mainly of wheat and corn, and a dynamic of persistent price increases. Applying withholdings may even lower the price, but it will not cut the inflationary inertia, which is the real problem in Argentina”, he points out. “There is no anti-inflationary plan.”

In this sense, it points out that less consumed products in Argentina are affected by retention policies, such as soy derivatives, in addition to the most consumed products, such as wheat and corn, registered a lower rate of increase in relation to other peaks. “Although the price of wheat and corn increased by 30% in relation to December at the real exchange rate – that is, already discounting what is charged for the right to export -, these are not the maximum levels they reached in 2011 and 2015, which was what they sought to justify. Therefore, a more cautious part of the government does not want to generate problems at commercial levels in a context in which Argentina needs reserves and has committed to the IMF to accumulate foreign exchange.”

The group that passed intelligence to the occupiers was neutralized - SBU