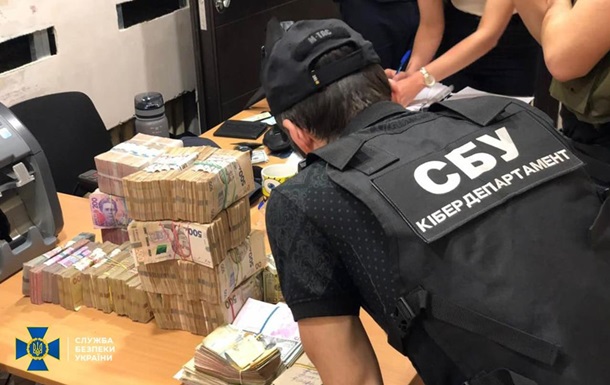 The attackers have set up a mechanism for transferring money from the Russian Federation to the territory of Ukraine through sub-sanctioned payment systems, the SBU says.

The SBU announces the liquidation of the channel for financing Russian agents in Ukraine.

According to the service, during a special operation in the Kyiv region, an organized criminal group was neutralized, acting in the interests of the aggressor’s special services. The attackers have set up a mechanism for transferring money from the Russian Federation to the territory of Ukraine through sub-sanctioned payment systems.

“According to operational data, the scheme was used by enemy agents, receiving funds from their Russian curators to carry out subversive activities against Ukraine,” the report says.

During the searches, the members of the group found more than 13 million hryvnia equivalent, computer equipment and draft documentation with evidence of illegal activities.

The organized criminal group included three residents of the Kiev region. They created a network of anonymous Internet platforms through which they accepted “orders” for the purchase, sale or exchange of electronic money from banned systems in Russia. These illegal transactions were carried out in their own currency exchange office.

The organizer of the scheme is notified of suspicion. The pre-trial investigation continues.

Earlier, the SBU announced the liquidation of an international criminal group that was engaged in drug trafficking and collected intelligence for Russia.

In Odessa, an 11-year-old girl fell out of a window

Occupiers will not be able to turn off ZNPP - Energoatom