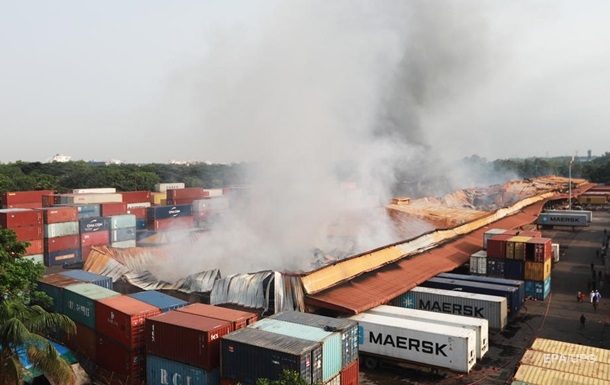 The fire in the warehouse has been extinguished for more than a day. Representatives of special services, military and volunteers continue to carry out the bodies of the dead and take out the wounded.

A fire at a private container warehouse in the city of Chittagong in southeastern Bangladesh, during which a powerful explosion rocked, killed at least 40 people and injured hundreds more. About this on Sunday, June 5, informs India TV.

So, on Saturday evening, a fire broke out in a clothing warehouse. Approximately two hours later, when rescuers, doctors and journalists were already working at the scene, there was a strong explosion.

Previously, the cause of the explosion was the ignition of containers with chemicals. In addition, the police said that the container warehouse caught fire also because of the chemicals.

As of Sunday evening, the fire had not been extinguished. Representatives of special services, military and volunteers continue to carry out the bodies of the dead and take out the wounded.

It is already known that 450 people were injured as a result of the tragedy, many are considered missing.

Earlier, an explosion occurred at a private industrial enterprise in Dnipro – as a result of a fire in a hangar, propane-butane cylinders exploded. Two people died, another was injured.


A strong explosion rocked the port of Berdyansk

Zelensky showed photos and videos from a trip to the east