In Kherson, the invaders staged an accident, there are victims. 18+ 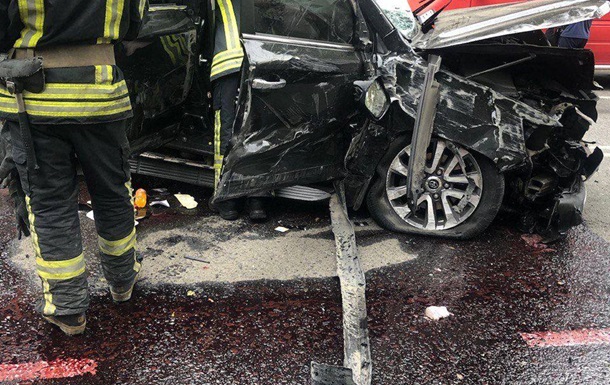 Two people died as a result of the accident

As a result of the accident, two people died, four more were taken away by an ambulance. Eyewitnesses report that the perpetrators of the accident are the Russian military.

In occupied Kherson, a Russian military man, driving a Toyota Land Cruiser SUV, ran at a red traffic light at speed and caused a large-scale accident. This is reported by local Telegram channels with reference to eyewitnesses of the accident.

It is reported that as a result of the accident two people died, four more were taken away by ambulance.

“The driver himself survived, got out through the trunk, got into the Russian military Tiger, and everyone was quickly dumped from the accident site,” eyewitnesses say.

Recall that in Kyiv in Troyeshchyna, a car at high speed flew into protective blocks in the middle of the road. The blow was so strong that the driver and passenger died immediately.


Bus with students overturned in Turkey, more than 40 injured

Tags: accidentculpritseyewitnessesHumaninvadersKhersonresultRussianRussian occupiersstagedvictimsWarwar crimeswar in Donbasswar in ukrainewar with russia

Deputy of the Verkhovna Rada detained in Moldova