Zelensky showed photos and videos from a trip to the east 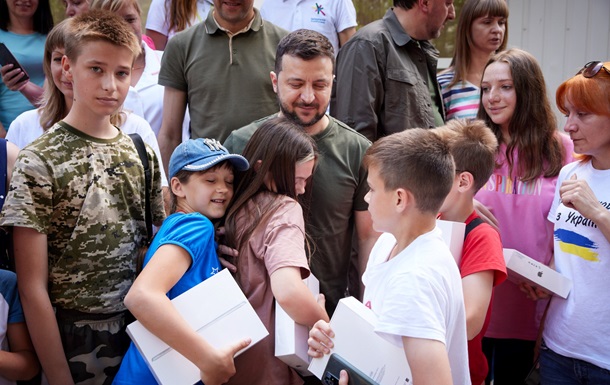 In Lisichansk in the Luhansk region, the head of state held a meeting with the defenders and presented awards to the fighters.

President Volodymyr Zelensky on Sunday, June 5, visited the Zaporozhye, Lugansk and Donetsk regions. Photos and videos from the trip on Monday night were made public on the page of the head of state in Facebook.

Zelensky also showed a meeting with the Ukrainian military in Lisichansk, Luhansk region.

“The advanced positions of our military in Lisichansk. The guys give all their best and protect the state in the most difficult situation. Thank you for giving a worthy rebuff to the enemy. Victory is ours!” – says the caption to the video.

A similar video was published following the visit to Soledar in the Donetsk region.

Recall that Zelensky announced his visit to Donbass in a nightly video message. Together with the head of the Office of the President Andriy Yermak, the head of state visited Soledar in the Donetsk region and Lisichansk in the Luhansk region.

Glory to Ukraine: the website of the Ministry of Construction of the Russian Federation has been hacked