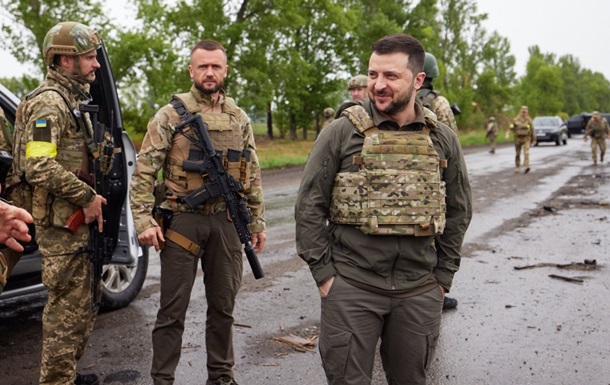 The head of state talked to the servicemen, presented them with awards and valuable gifts. The President also paid tribute to the memory of the fallen defenders.

During a working trip to the Zaporozhye region, President of Ukraine Volodymyr Zelenskyy visited the advanced positions of the military. This was reported by the Office of the Head of State on Sunday, June 5.

Zelensky got acquainted with the operational situation on the front line, talked to the servicemen, presented them with awards and valuable gifts.

“I want to thank you for a great cause, for your service, for protecting all of us, our state. Thank you to each and every one. I want to wish you and your supporting families good health. Take care of yourself!” the president said.

The participants also honored the memory of the fallen defenders with a minute of silence.


Zelensky called the number of missiles fired at Ukraine

Earlier it was reported that Zelensky’s embroidered shirt was sold in the United States for $100,000. In the United States, a special United 24 platform was launched to collect donations for the needs of Ukraine.