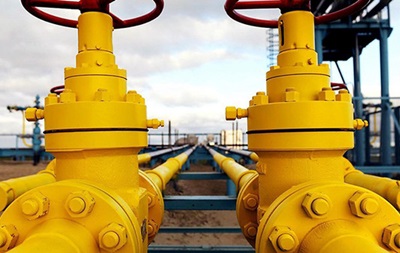 The gas pipeline was damaged as a result of enemy shelling. Photo illustrative

As a result of enemy shelling in the Chuguevsky district of the Kharkov region, a medium-pressure gas pipeline was damaged.

In the Kharkiv region, as a result of enemy shelling, a gas pipeline was damaged, and almost 1,800 houses were left without gas. About it reported in the Kharkov regional military administration.

“As a result of enemy shelling in the Chuguev district of the Kharkiv region, a medium-pressure gas pipeline was damaged, which provides gas to almost 1.8 thousand households. We ask all residents of the district, whose gas supply was cut off on the evening of June 5, to independently turn off the taps in front of gas appliances,” – the message says.

Also, the OVA said that the specialists of JSC Kharkivgaz are doing everything possible to restore gas supply as soon as possible. But repair work will be carried out taking into account the course of hostilities.

Meanwhile, in the Main Directorate of the State Emergency Service of the Kharkiv region reportedthat over the past day, rescuers went out 27 times to respond to operational calls, 12 of which were to eliminate fires, seven of which were caused by shelling.

“Fires caused by enemy shelling occurred in Izyumsky, Chuguevsky, Kharkiv, Krasnogradsky and Lozovsky districts of the region. Private houses, enterprises, shops and ecosystems were damaged,” the press service of the State Emergency Service in the Kharkiv region reports.

In particular, on the territory of the Staroverovskaya community, the occupiers attacked one of the private enterprises. A fire broke out that engulfed seven trucks, six cars and 10 trailers. Its total area was about 500 sq. meters. The explosion destroyed one building. Two people were injured and hospitalized. Fire and rescue units of the State Emergency Service put out the fire for almost five hours.

Recall that in the Lugansk region, the invaders fired at a bakery and destroyed more than 20 houses, one local resident was injured.

Residents of Nikolaev warned about shelling