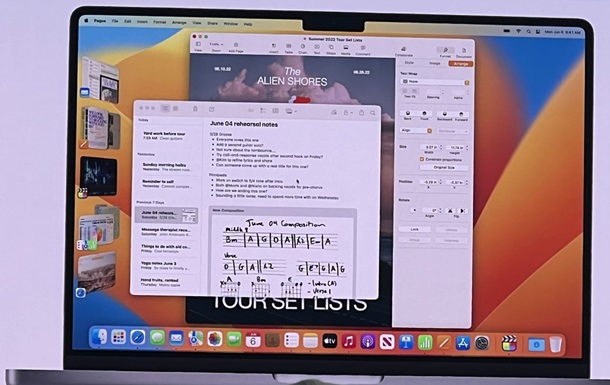 Apple introduced new macbooks – Air and Pro and a few other new products: new versions of operating systems for the iPhone and smart watches, as well as a new processor.

Apple has introduced new MacBooks – Air and Pro. About it informs telegram channel Politics of the country.

Sales are announced from next month.

It is reported that the new version of the MacBook Air will go on sale at a price of $1099. Its features are extended battery life (18 hours) and fast charging with a special charging block, 8-core processor, 10 graphics cores, SSD up to 2 TB and 24 GB of memory.

▪️iOS 16 – allows you to customize the lock screen and delete / edit messages in iMessage;

▪️M2 processor – 18% more productive than its predecessor. And the first laptops on it are the MacBook Air M2 in a complete redesign and the MacBook Pro 13 in the old one;

▪️Adapter with two USB-C and fast charging up to 50% in 30 minutes;

▪️Stage Manager mode for MacOS Ventura – allows you to focus on a large window, and sort the rest on the side;

▪️A feature in the new macOS – will allow you to use your iPhone as a webcam for video calls.

Earlier it was reported that Apple, Google and Microsoft are planning to get rid of passwords

AirPods want to “teach” the user to recognize the shape of the ear.