Lomachenko could be Haney’s next opponent 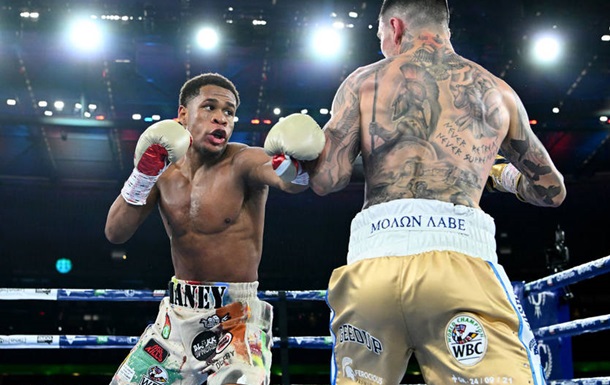 The absolute world boxing champion in lightweight told about his plans for the future.

The undisputed world lightweight champion Devin Haney may face Ukrainian Vasily Lomachenko in the next fight. The American boxer himself spoke about this after defeating the Australian George Kambosos.

“Of course Lomachenko is on my horizon. As I said, I will fight anyone. I am a real fighter, I can fight anyone. Whoever it is, they are all on my list of targets. I am a top boxer and still aiming for the biggest fights. Whoever the next opponent is, we’ll talk to Bob Arum about it and then we’ll see,” said Haney.

At the same time, according to the American boxer, he is ready to enter the ring again at the end of this year against Kambosos, if he activates the option of revenge.

“I’ll be back. I’m going to take a few things out of this and look forward to doing it again later this year,” Haney was quoted as saying. Boxing News 24.

Recall that Haney defeated Kambosos in a fight that took place in Australia. The boxers’ contract for the fight provided for a rematch, which should also take place on the “green continent”.