Nikolaev came under shelling, there are casualties 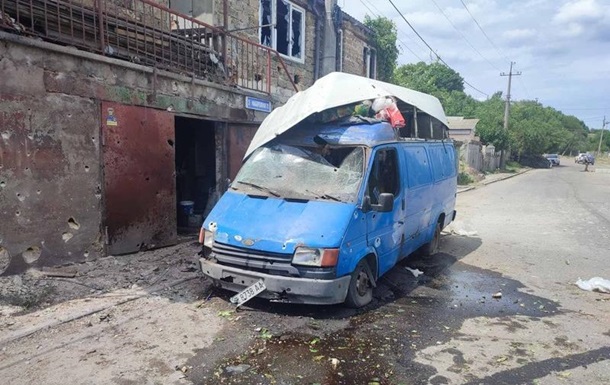 The explosion damaged the minibus Ford and Volga

A large-caliber projectile exploded on the street. 2nd Embankment. The driver of a Ford parked near the garages was hit by shrapnel and died.

On Monday morning, the Russian invaders again randomly fired at Nikolaev from artillery. This was announced by the head of the regional council Anna Zamazeeva in Telegram June 6th

She noted that they shot at residential buildings in different parts of the city, where there are no military facilities.

“Unfortunately, according to preliminary information, there are injured civilians and the deceased. Condolences to the relatives,” Zamazeeva wrote.

In turn, the local edition News-N clarifies that the driver of the Ford minibus was killed. A large-caliber artillery shell exploded on the street. 2nd Embankment. The driver of a Ford parked near the garages was hit by shrapnel and died at the scene.

The explosion also damaged two cars: a Ford minibus and a Volga. The latter caught fire as a result of a shell hit – the interior was completely burned out in it.

It is known about the deceased that he is a resident of Nikolaev, age is about 50 years. The man had a family – a wife and children. The body of the deceased was sent for a forensic medical examination.

Earlier it was reported that during the day on June 5 in Nikolaev and the region, 29 people suffered from shelling. In total, 286 wounded citizens are in hospitals in the region.

We will remind, on June 4, three people became victims of the Russian shelling of Nikolaev, four more were injured.

Zelensky said that more than 2.5 thousand Ukrainian fighters from the Azovstal plant are in Russian captivity

Curitiba residents suffer from flooding that repeats itself with each rain