Political Round | Haddad thinks of Marina as vice, “BrizoLula” bothers PDT and more

Former mayor Fernando Haddad (PT) airs the possibility of having ex-minister Marina Silva (Rede) as his candidate for vice governor in the race for the government of São Paulo. The objective is to present a ticket less to the left to the state in which 631 of the 645 cities elected Jair Bolsonaro (PL) in 2018.

Network spokeswoman Mariana Lacerda said that Marina Silva would add “too much to São Paulo and Brazil”, either as a candidate for the Chamber of Deputies or on the ticket with Fernando Haddad. “We are going to build together what is best for Brazil, for the Network and for the Haddad government, but I understand that, above all, this is her decision,” Lacerda told Estadão.

The possibility, however, faces resistance in the articulations with other parties. The PT in São Paulo seeks the support of the PSB, which has forged an alliance at the federal level with the pre-candidacy of Geraldo Alckmin for vice-presidency alongside Lula. If that happens, the party is expected to nominate ex-governor Márcio França to the Senate, but there is no definition, since the socialists so far maintain the decision to launch their own name for the government of São Paulo.

In this scenario, the federation formed by PSOL and Rede would either take the vice seat or run for the Senate. However, in the meantime, the PSOL requires the indication of an acronym name for the ticket, since it is the largest party in the federation. 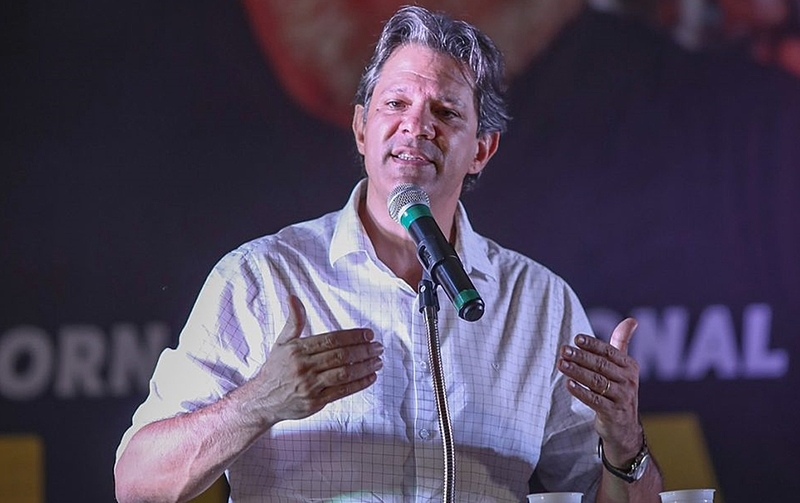 PT leaders, however, claim that a name from the PSOL would not help the PT to win a more conservative part of the São Paulo electorate. “You have to make life easier for the citizen who will assimilate your request. This voter thinks: ‘I’m already swallowing the PT and now the PSOL comes along?’ You need to find someone who can be swallowed for the voter”, said Luiz Marinho, president of PT-SP, to Folha de S. Paulo.

In response, the president of the PSOL in São Paulo, João Paulo Rillo, said that Marinho was “inelegant” in his speech. “It was an inelegant and unhappy thought of his with the PSOL and Juliano [Medeiros, presidente nacional do PSOL]who has been very loyal and diplomatic and was an important figure in building our support for Lula,” said Rillo. “The PSOL has political weight and withdrew the candidacy of [Guilherme] Boulos to the government, which had two digits in the polls, in the name of the unit.”

The objective is to bring together historical figures who were allies of PDT founder Leonel Brizola, who died in 2004 in support of Lula. “All united with @LulaOficial president to bury the children of the dictatorship”, published on her Twitter profile, on Sunday night (5), Brizola Neto.

The PT’s state directory in Rio also posted on Twitter that “all our militancy will be at the meeting, along with historic Brizolistas who support Lula. Unity is the only way to defeat Bolsonarism and rebuild Brazil”. 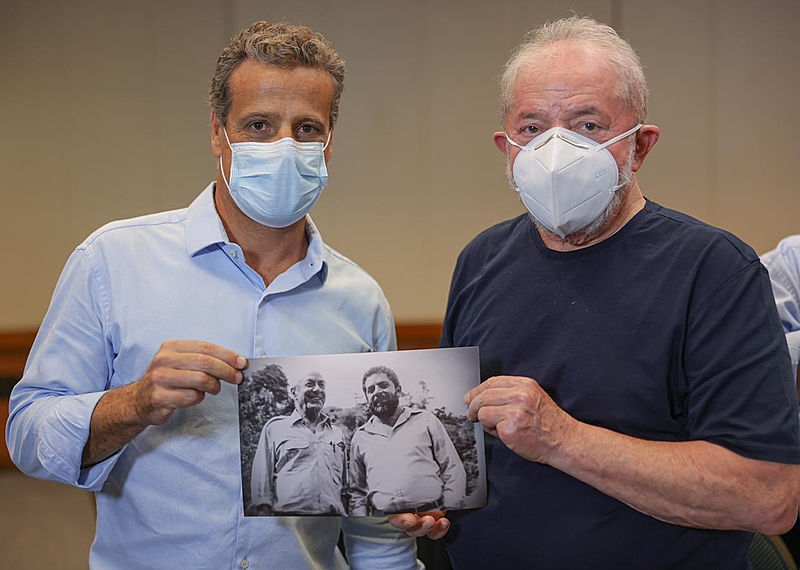 However, the initiative caused irritation among the current PDT cadres, who launched Ciro Gomes for the presidential race and Rodrigo Neves for the electoral race for the government of Rio de Janeiro.

“It’s pure provocation, without any legitimacy,” the national president of the PDT, Carlos Lupi, told the newspaper O Globo. In the same vein, former federal deputy Carlos Draudt Brizola, another grandson of the former governor of Rio, stated that it is a “completely illegal and improper use of Brizola’s image to inaugurate a campaign committee” in what would be ” another opportunism” of Marcelo Freixo’s campaign.

The PT must initiate a process of expulsion of four members of the acronym who declare support for the pre-candidacy of Marília Arraes for the government of Pernambuco through Solidarity.

Signed a manifesto of support for Arraes Fany Bernal, co- councilor for the Fany das Manas Collective Mandate in Garanhuns – without the support of the other co- councilors – Matheus Araújo, secretary of PT youth in the capital of Pernambuco, Chico Gomes, president of PT Igarassu , and José Ronaldo, vice president of the PT in Bom Jardim. 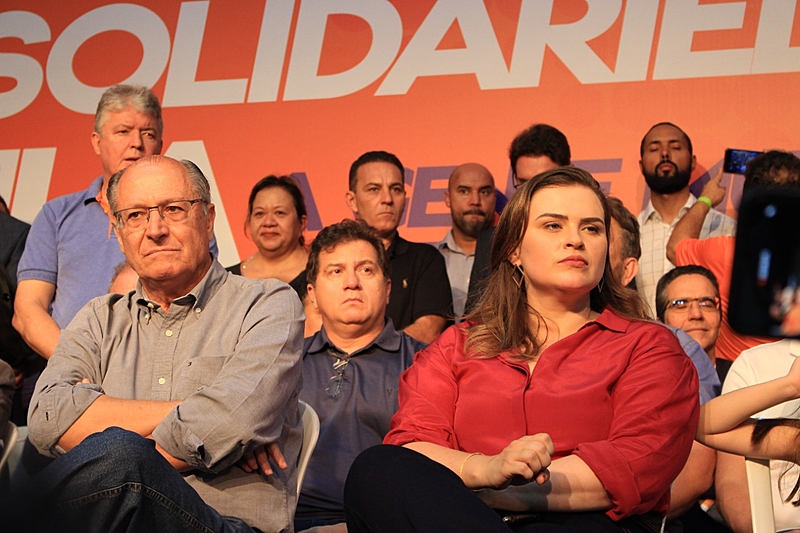 The dissent is also accused of acting against the collective deliberation of the PT Youth and creating a fake page on behalf of the party to support the Solidarity candidate, in a note signed by PT Youth (JPT) leaders in the state and members of the executive. state of PT Pernambuco.

Despite the ineligibility that surrounds his political career, federal deputy Daniel Silveira (PTB-RJ) is already a pre-candidate for the only seat for the Senate in Rio de Janeiro. Even the campaign of President Jair Bolsonaro, which has constant support from Silveira, believes that, even if the deputy manages to get elected, he will have problems maintaining his mandate.

Silveira was sentenced to eight years and nine months in prison for attacks and threats to the Federal Supreme Court (STF) and its ministers. The deputy, however, was saved by a pardon granted by President Jair Bolsonaro (PL).

The Attorney General of the Republic, Augusto Aras, has already stated, however, that the effects of Bolsonaro’s pardon are only valid for criminal conviction and have no effect on possible accountability in the electoral sphere. 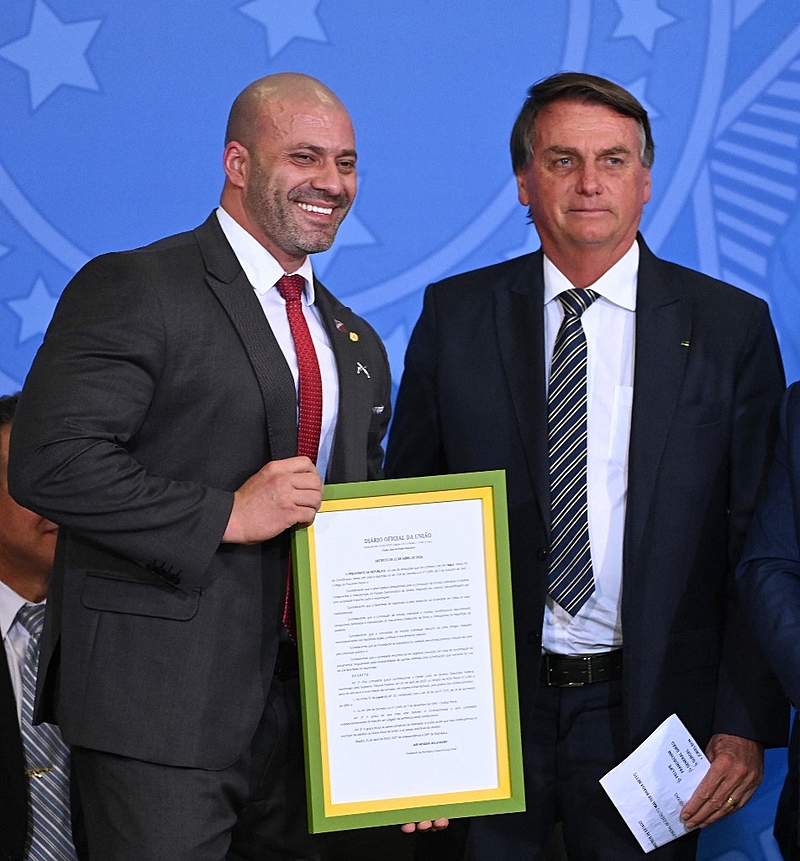 According to the ineligibility law (Supplementary Law No. 64, of 1990), “those who are convicted, in a final decision or handed down by a collegiate judicial body, from the conviction until the expiration of the period of 8 (eight) are ineligible. years after serving the sentence, for crimes: against the popular economy, public faith, public administration and public patrimony”.

The prediction is that the Superior Electoral Court (TSE) maintains the understanding of ineligibility.

Refunds and Revocations of Mandates

Federal deputy Márcio Macedo (PT-SE) said he has “full conviction” that he will regain his mandate, after being removed by the president of the Chamber, Arthur Lira (PP-AL), on Friday (3).

Macedo said in a note published on Saturday night (4) that he filed a writ of mandamus with a request for an injunction against the decision. “This decision was taken as a precautionary measure, and may be reviewed not only by the rapporteur himself, by Organs collegiate bodies of the STF and also by the president. For this review to take place, appeals are being filed by the Workers’ Party and myself,” he said. 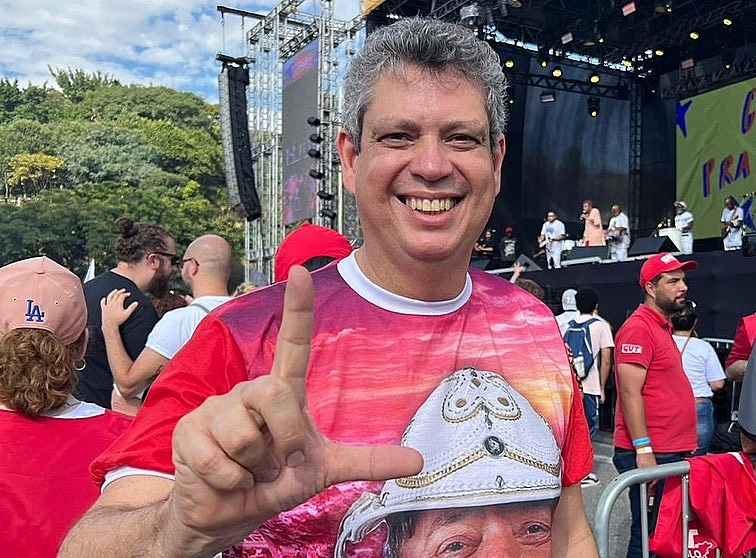 The removal was announced by Lira after STF minister Kassio Nunes Marques annulled the removal from office of federal deputy Valdevan Noventa (PL-SE). He had been impeached, in March of this year, for illegally raising and spending funds through deposits of unidentified origin, during the 2018 election campaign. Macedo took his place in the Chamber.

Nunes Marques also suspended the impeachment of state deputy Fernando Francischini (União Brasil-PR). This Tuesday (7), the plenary of the STF will judge the decisions of Nunes Marques.

President Jair Bolsonaro (PL) said that if Lula goes to the electoral debates in the first and second rounds, he will also participate. “It’s a matter of strategy. Maybe I will. Now, if Lula goes, I’ll go with him”, he told the press on Saturday (4).

In an interview with the Ratinho program, on SBT, on May 31, Bolsonaro had said that he considered not participating in electoral debates in the first round. “In the second round, I’ll participate. If I go to the second round, I should go, I’ll participate. In the first round, we think, because if I go, the ten candidates there will want to hit me all the time and I I won’t have time to answer them,” he said.

The president also defended that the questions to be asked during the debates should be expressly agreed with the candidates “so as not to lower the level”. 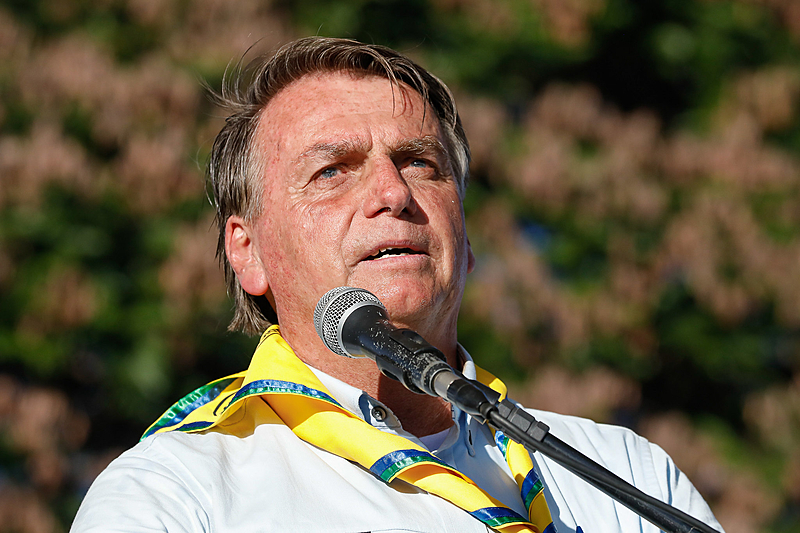 “In the second round, I will participate”, said Bolsonaro in an interview with the Ratinho program, on SBT / Alan Santos/PR

In the 2018 elections, the retired captain participated in only two debates and then justified his absence due to the stab wound he took on September 6 of that year. If he only participates in the second round debates this year, Bolsonaro will repeat the strategy adopted by Lula (PT) in the 2006 presidential elections, when he only went to the discussions after the first vote.

PCO president Rui Costa Pimenta considered the blockade of the party’s social networks, determined by the STF, worse than the censorship practiced by the military dictatorship. The speech was made during a live broadcast made late this Sunday afternoon (5). At the same time, the party’s newspaper, the DCO, characterized STF Minister Alexandre de Moraes as “more fascist than Bolsonaro”.

Moraes included the Partido da Causa Operária (PCO) in the fake news survey last Thursday (2). The inquiry is the same that investigates Bolsonaro and his allies for spreading false information. The magistrate gave five days for the Federal Police to listen to the president of the acronym, Rui Costa Pimenta, and also ordered the blocking of the party’s social networks.

“It’s the same thing as having ordered the closure of Estadão or Rede Globo. Not even the dictatorship thought of doing something like this. In the good old days of the dictatorship, we have to say this here, because we’ve fallen into a worse situation than the time of the military dictatorship. The dictatorship would go to the newspaper’s newsroom, read what people were publishing and censor one article, two, an excerpt from the article… We could publish an article without that article. military dictatorship send the Federal Police to Estadão and say ‘I’m never going to close’, over anyone’s head “, said Rui Costa Pimenta during the live. 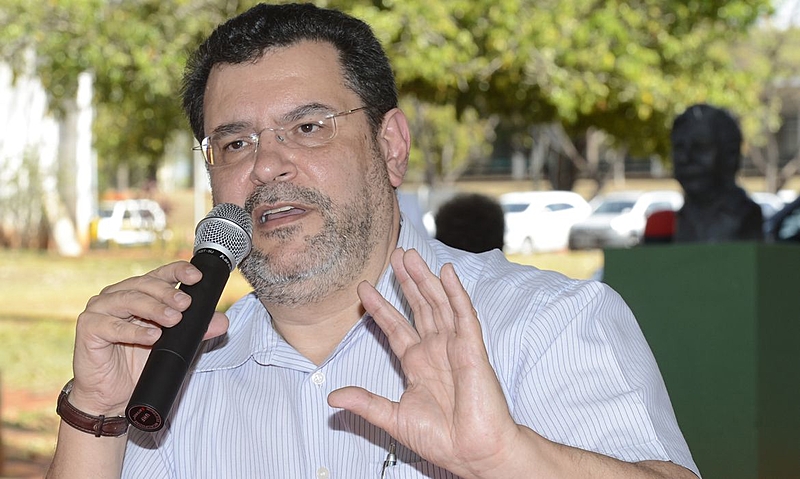 In the decision, Moraes wrote that “the Partido da Causa Operária, in addition to publications on Twitter, uses its structure to publicize the same offenses in the most diverse channels”, such as Instagram, Facebook, Telegram, Youtube and TikTok, expanding “the reach of the attacks to the Democratic State of Law” and reaching “the largest possible number of users on social networks, which together have almost 290 thousand followers”.

The minister also said that there are indications that the PCO uses the public money it receives as a political party in an “improper” way with the aim of enabling and boosting the spread of criminal statements.

“Therefore, there are relevant indications of the use of public money by the president of a political party – in this case, the PCO – for merely illicit purposes, namely the mass dissemination of blatant and repeated attacks on democratic institutions and on the Democratic State itself. of Law, in total disregard for the constitutional parameters that protect freedom of expression”, added Moraes.