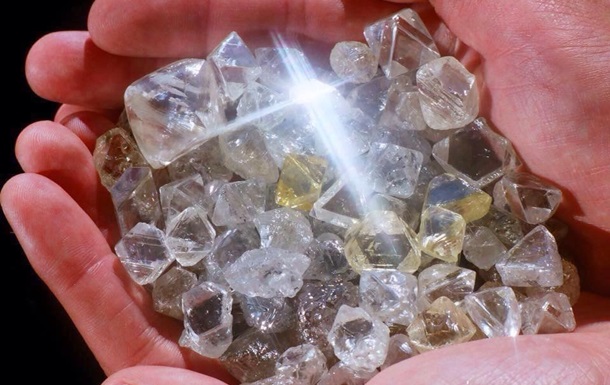 Anti-Russian restrictions exacerbated the shortage of diamonds already observed on the world market.

Russia has reduced exports of diamonds to key markets – India and Europe. This was reported on June 6 by the publication businessman.

It is noted that the sanctions imposed on the ALROSA group of Russian companies allow it to supply rough diamonds to India, but there are problems with payment.

“The restrictions exacerbated the already existing shortage of diamonds in the world market, so that the drop in incomes of Russian producers was largely offset by rising prices,” the article says.

Thus, Russian diamond mining companies are losing export volumes, but do not lose in revenue from the sale of rough diamonds.

“From January to March, Russia delivered 718,000 carats to India against 1.3 million in the same period last year. At the same time, in monetary terms, the cost of imports in March rose by 27% to $78 million,” Kommersant writes.

Deliveries of Russian diamonds to Europe in March also decreased in volume, but not in value.

According to Eurostat, Russian imports to Belgium amounted to 1.5 million carats, three times less than in March 2021. However, the value of all imports in March is 185 million euros against 162 million euros a year ago.

In general, anti-Russian measures have increased the deficit in the global diamond market, and Bank of America analysts predict a 15% rise in prices amid strong demand and falling supply.

The publication recalled that ALROSA, which accounts for 27% of the world and 95% of Russian diamond production, is included in the EU, US and UK sanctions lists.

India does not support sanctions against the Russian Federation, but difficulties arose with the payment. According to Bloomberg, Indian traders discussed with ALROSA in April how to buy rough diamonds, including the currency of payment: rubles or rupees.


Sanctions affected 87% of companies in Russia